Already have an account?
Home › Artist in Focus: Arpana Caur... 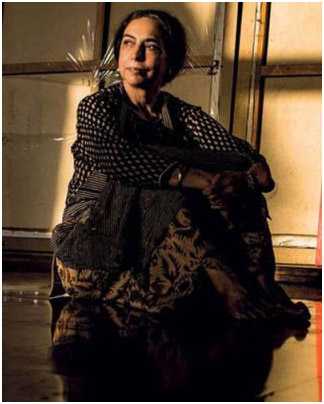 The Indian Art-space has been increasingly male-dominated, and very few women have left their mark as true artists. Levelling the playing field for future women artists, senior Contemporary artist Arpana Caur has become an important name among Indian artists. Her art is seen as an extension to the feminist perspective that Amrita Sher-Gil was famous for portraying, and has contributed to conversations around women representation and women empowerment in the Indian urban context. In her works, female figures emerge as symbols of solidarity confronted by the tragedies of political violence and industrialisation. Her unique perspective that covered themes such as feminism, politics, urbanism, environment and spirituality added a new dimension to her art, a narrative that is much needed in Indian Art today.

Caur was born to novelist Padmashri Smt. Ajeet Caur in Delhi in 1954. She grew up as a Sikh and was heavily influenced by her Punjabi heritage, her mother's writings and art and music. Following her love for the Arts, she graduated from Delhi University with a Master's in Literature. But another passion called out to her - Painting. She had taken up painting when she was young and was mostly self-taught. At the age of 9, she made an oil painting called "Mother and Daughter" which was inspired by the creation of Amrita Sher-Gill. At the age of 15, she changed her name to 'Arpana' and continued painting. In 1974, Caur got a chance to exhibit her work in two group shows organised by German Embassy alongside M.F Hussain. J. Swaminathan, Paramjeet Singh and many other well-known artists. Her paintings were written about and appreciated, which gave her much self-confidence. Once she started solo shows from 1975 onwards, she kept going forward in her artistic career. 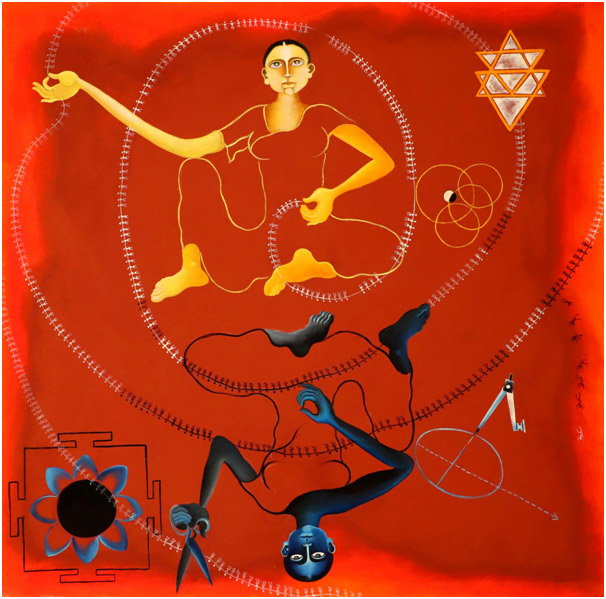 As a keen reader of Punjabi literature and Bhakti poetry, Caur effectively uses themes of mysticism and devotion in her works resulting in a melancholy and spiritual interpretation. She is also influenced by Pahari miniatures and Punjabi folk art which shows in her figures. A recurring motif she experiments with is the motif of clothing on her muscular women figures. In her depiction of female characters, she doesn't emphasis on their sexuality which is unlike many female artists of her time. Her representation both confirms and subverts the traditional picture of women, making her work stand out. 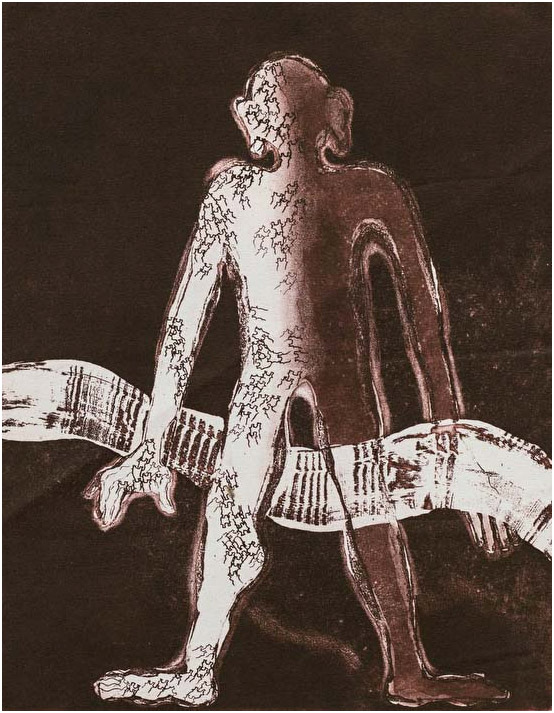 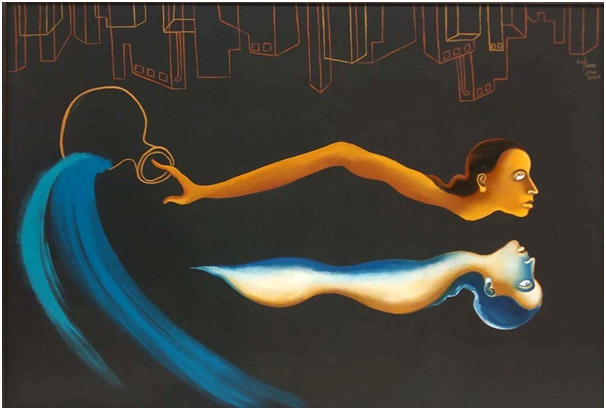 She draws inspiration from events in her life and surroundings which makes her work more personal yet accessible. For example, she has made a series of paintings on events such as the anti-Sikh riots of 1984, rape of Maya Tyagi and the widows of the Chasnala mining disaster. During the mid-1970s, she took an autobiographical approach and focussed on themes revolving her family and scenes from Patel Nagar, where she grew up.

Caur has an innate sensibility as an artist as she is drawn to portraying social issues. During political unrest in the 1970s, her paintings featured riots, guns, police and severed heads. In the mid-1980s, she began painting her figures against natural landscapes like the earth, sky and water as ecological concerns were increasing all over the world. In the 1990s, she started depicting labouring women. One of her notable feats was in 1995 when she was commissioned by Hiroshima Museum to execute a big project for their permanent collection on the occasion of the 50th Anniversary of the Holocaust.

Arpana Caur remains in the top tier position as an artist going into the 21st century. Her interest in folk art resulted in her collaborating with Warli and Godna artists in 1999-2000. She then took a role in the Advisory Committee for National Gallery of Modern Art, Lalit Kala Akademi and Sahitya Kala Parishad in 2001. Her awards include a gold medal for painting in the 6th International Triennale 1986; AIFACS Award commissioned by Hiroshima Museum of Modern Art for its 50th anniversary 1995; the 'Limca Book of Records' People of the Year Award' (for India) in 2014; Lifetime achievement award at the Sikh Art and Film Foundation, New York in 2010. She has also received the Lalit Kala Grant and has been given the title of an 'Eminent Artist' and filmed by BBC, Stockholm TV and many Indian TV channels. Her works are part of the collection of several important institutions as well as private collections in India and abroad. She has also created several large non-commercial murals in public places on subjects relating to the environment in the cities Delhi, Bangalore, and Hamburg and Kathmandu.