Sculpture Art is probably one of the oldest art forms to exist, rooting itself as a widespread practice even in the ancient Indus Valley Civilisation (c.3300-1300 BCE) as well as the ancient Mesopotamian period (c. 3100 BC- 539 BC). In the context of the Indian subcontinent, sculptures remained a significant part of documenting life. The above can be seen by the human and animal figurines as well as the religious sculptures found during the different periods in the region. Today, Indian museums exhibit sculptures excavated and found dating to the Mauryan Empire (c. 270-232 BCE), Ajanta Caves (c.200 BCE - 650 CE), Kushan Empire (1st–6th century), Gupta Empire (c. 320-550 AD), Pallava and Pandya Empires of South India (c. 600-900 AD), Pala Buddhist Art period (8th-12th century AD), Chola Empire from South India, Sri Lanka (9th-13th century), and Mughal Empire (c. 1526 - 1857 AD), and many more periods in between that are still under research. 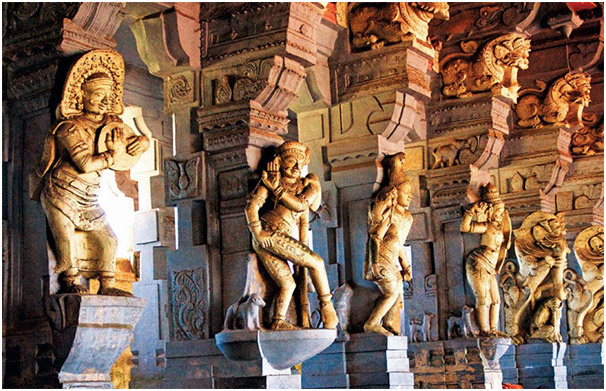 A still of Sculptures at Rameswram Temple 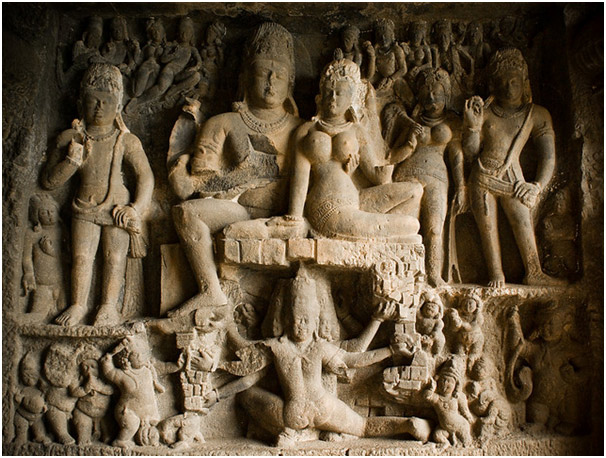 Sculptures at Ajanta and Ellora caves

Tracing the history of sculptures from ancient times, one can find that sculptures can act as a good basis for recreating and understanding our past. For example, sculptures from the Harrapan ages and Mesopotamian ages that have been recovered through excavations shed immense light on our ancient ancestors and their peculiar ways. 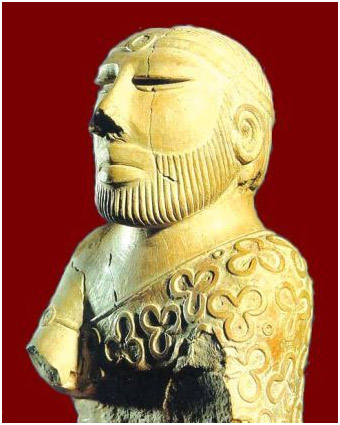 The above image is the photograph of a sculpture from the Harappan Civilisation. Historians have deduced that the man represented was a Priest-King owing to the adornments carved on him. This gives us information about the structure of society and their customs and practices.

As you can guess, sculptures were either depictions of daily life, documentation of victory, a good deed or made for religious purposes during the ancient and medieval times. In contemporary times, however, the definition of sculptures cannot be as straightforward because ‘sculpture making’ has taken on an elitist and high art connotation. Today, sculpture is defined as any artwork that is in three dimensions. Sculptures are part of the ‘Plastic Arts’ and are usually constructed using the techniques of Carving and Modelling. The mediums used vary from Stone, Wood, Ceramics, Plastic, Glass, Metals and Alloys. The purpose of making sculpture has also changed. Modern sculptures are made for self-expression, just as any other commercial artform today.

How did sculpture which remained a public display of power and religion till the 18th century become a self-expressive art form? The answer lies in the British colonisation of India. During the 1800s and 1900s, the influence of the Englishmen living in the country brought European art to the Indian Maharajas and patrons. As a result, many Indian Artists became interested in European art and adopted these styles into their artworks. Similarly, Indian sculptures artists attended training in Western Art in art schools set up by the British and learned the depiction of Indian norms in western style. In addition, they also carved beautiful statues and sculptures inspired by everyday life, as well as court life.

Indian sculpture artists have always been fascinated by figures from mythology and religion as it runs strongly in our culture. Sculptures of Hindu gods and goddesses, Lord Buddha, figures from Christianity and so on are some of the most common themes in sculpture art as seen from the ancient times. India also boasts sculptures of animals, birds, and human figures, depicting daily life activities. In the current art scene, Indian artists experiment with abstract sculpture and sculpture in multimedia form.

Some of the famous contemporary Indian artists are as follows:

Ramkinkar Baij is considered ‘Father of Modern Indian Sculpture.’ He was part of the Bengal School of Art and was mentored by Rabindranath Tagore and Nandalal Bose. He rejected the norms and artistic standards taught in schools and worked in a spontaneous manner which makes his work truly stand out. He introduced cement concrete casting as an alternative to expensive plaster. He was known for his ability to use a wide variety of materials to create many types of forms inspired by ancient Indian stone sculpture forms and experimented with minimalism and geometric abstraction. The Government of India recognized his artistry and commissioned Baij to create two colossal sculptures at the Reserve Bank of India headquarters in Delhi in 1970 for which he was awarded the Padma Bhushan. 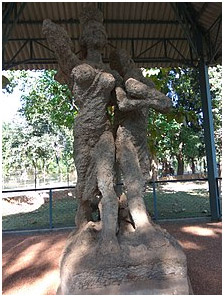 Anish Kapoor is a British Indian sculptor specializing in installation art and conceptual art. Born in Mumbai, Kapoor has lived and worked in London since the early 1970s when he moved to study art. He is an important name in not only the Indian art community but also in the global space due to his striking sculpture pieces displayed at public spaces. His most notable public sculpture is the Cloud Gate (2006, colloquially known as "the Bean") in Chicago's Millennium Park. Some of his other works are Sky Mirror exhibited at the Rockefeller Center in New York City in 2006 and Kensington Gardens in London in 2010; Temenos displayed at Middlehaven, Middlesbrough; Leviathan exhibited at the Grand Palais in Paris in 2011; and ArcelorMittal Orbit, commissioned as a permanent artwork for London's Olympic Park and completed in 2012. In 2017, Kapoor was also called to design the statuette for the 2018 Brit Awards. 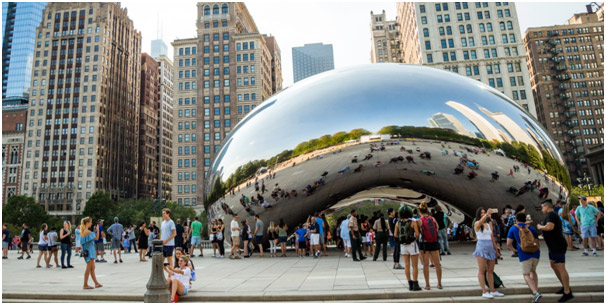 Satish Gujral is also a significant name in the history of Indian Modern and Contemporary Sculpture Art. He was a multimedia artist who had immense knowledge about the mediums he was using to express his artworks. He was trained by Spanish muralists Diego Rivera and David Alfaro Siqueiros. Inspired by them, Gujral explored painting large fresco murals and was frequently commissioned to paint them in India and abroad. 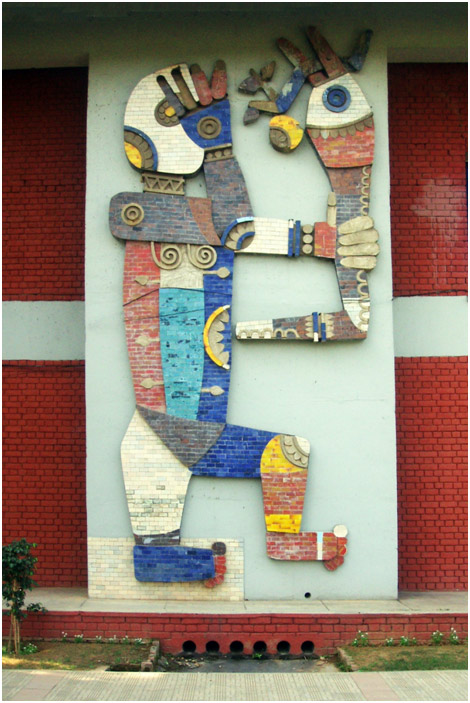 K S Radhakrishanan is one of the most notable contemporary sculpture artists of India. He is most known for his figurative sculptures with signature thinly-fluted tall figures that create a sense of intimacy through his chosen theme of depicted movement, often swaying or in the middle of a dance step. He has exhibited extensively, and several of his sculptures are installed around the world – two open-air sculptures at Bikaner in Rajasthan, a sculpture at India House, London, among others. 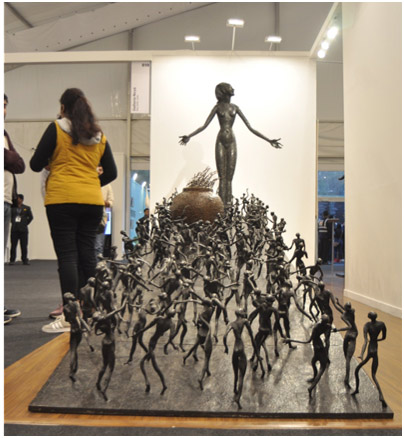 Subodh Gupta is a contemporary Indian sculpture artist based in New Delhi. Working across a variety of media, he is best known for his monumental sculptural works composed of everyday metal objects such as lunch boxes, tin cans, and cookware. His most recognized work is ‘Line of Control’ was created from pans and pots used daily in the kitchen. 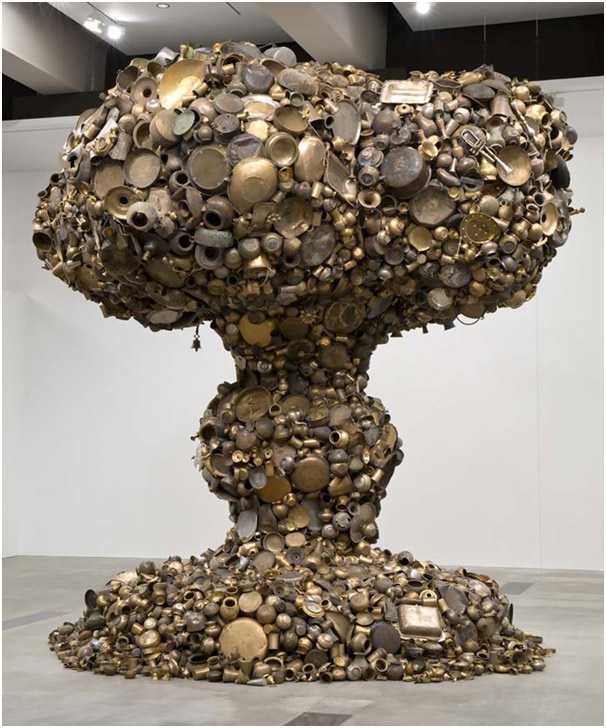 Nek Chand is responsible for the popular tourist site Rock Garden at Chandigarh. He famously made hundreds of intricate sculptures, many made from recycled materials. Initially, this garden was created in secrecy without official permission. But once it was discovered, popular demand forced city authorities to recognize it. Nek Chand was then given a salary and a team of workers to help maintain this park which has become a major tourist attraction for the city. 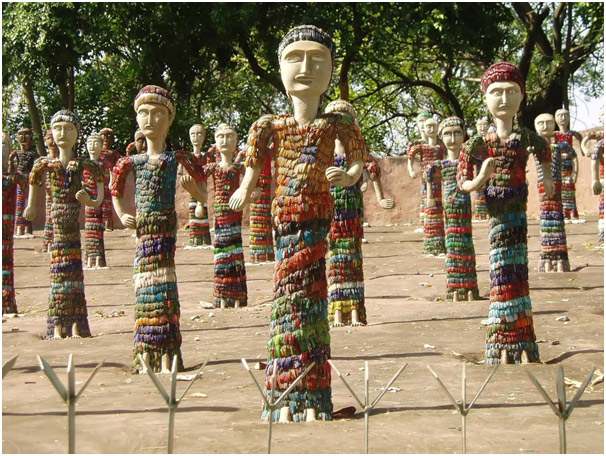 Sadanand Bakre was a celebrated sculptor who won numerous awards. He was one of the founders of the Progressive Artists Group, created after India gained independence. His innovative masterpieces have been displayed in many locations in Europe and America. 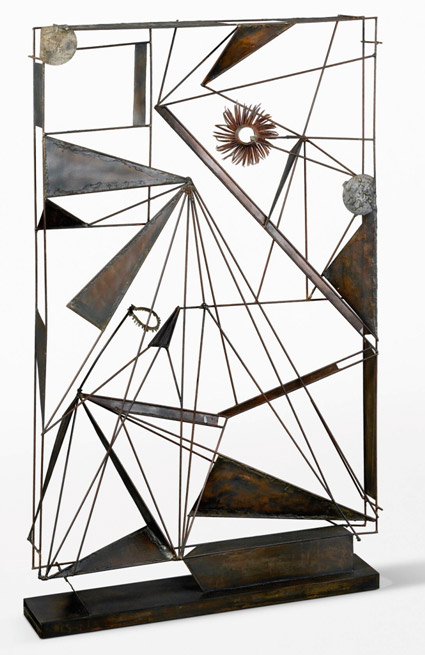 Dhruva Mistry merges traditional sculptural techniques with the standard market fare. He is the artist responsible for ‘The Floozie in the Jacuzzi’ sculpture in Victoria Square in Birmingham City Centre. He is also an expert at other arts like etching, painting and drawing. 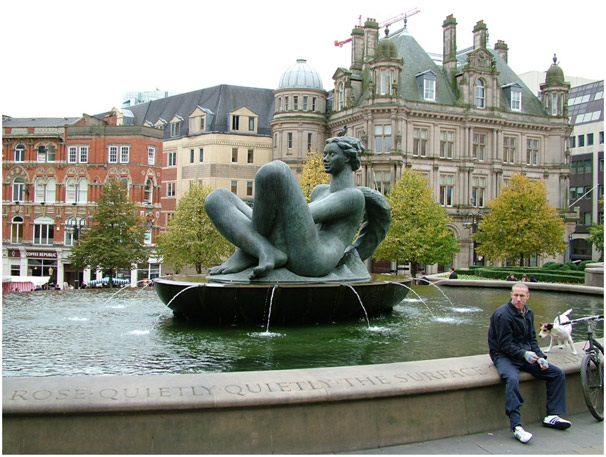 Somenath Hore is another notable name in the Indian sculpture artist community. He was influenced by communist and socialist ideals and is credited for making sculptures accessible and understandable to the common man.

His contorted bronze figurines recalled the agonies of famine and war and became iconic emblems of modern Indian art. One of his largest sculptures, Mother and Child, which paid tribute to the sufferings of the people of Vietnam, was stolen from Kala Bhavan soon after it was finished and disappeared without a trace. 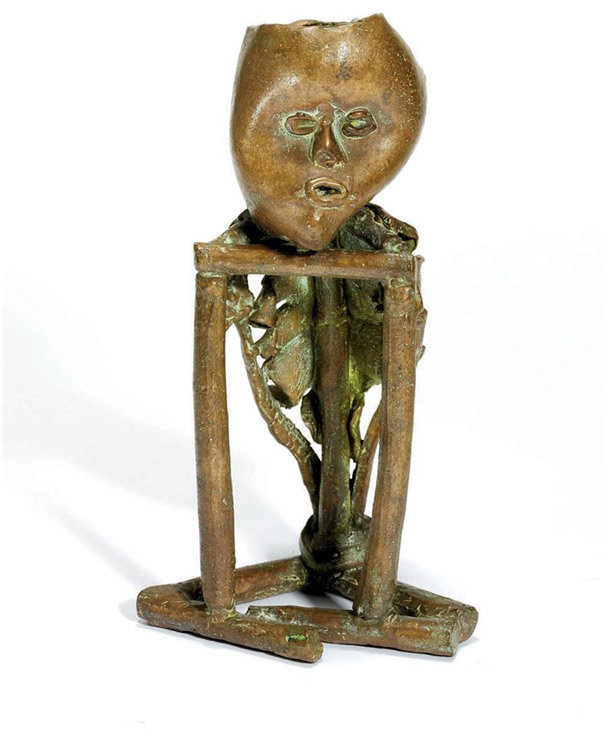 Dhananjay Singh is a new and upcoming contemporary sculpture artist who has wowed his audience with his dazzling structures that reflect the symbiotic relationship between nature and humans. 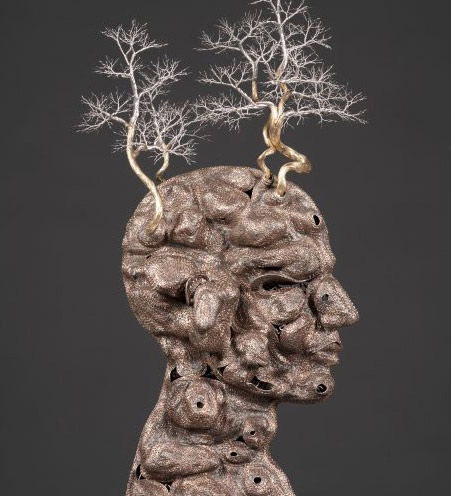