Already have an account?
Home › Expressionism: A look into the artists’ state of mind...

Expressionism is a complex phenomenon. It emerged in the start of 20th century as an international tendency that rejected the traditional ways in Arts. During this time, the human society was heading towards an interesting arc of invention, experimentation and self-expression. In this wave of scientific advancements, many new ideas of expression emerged in Arts. Spanning across different vocational fields such as music, art, literature, theatre, the moving image and architecture, Expressionist ideas had found its place and had become the ‘new’ and the ‘exciting’.

Having emerged in multiple places at different times for different vocational fields, it is hard to talk about Expressionism as a definite movement. But in the context of the Art as paintings, one can map out the Expressionist influences in artists such as Vincent van Gogh, Egon Schiele and Wassily Kandinsky, to name a few.

The term "Expressionism" is thought to have been coined in 1910 by Czech art historian Antonin Matejcek, who intended it to denote the opposite of Impressionism. Many even consider Expressionist ideas to come out of the Post Impressionism period (1886-1905). According to popular opinion, Art Movement of Expressionism started in parts of Germany and Austria and slowly spread to France and then to the rest of the world. So, when Expressionism arrived in 1905, it announced new standards in the creation and judgment of art. Art was now meant to come forth from within the artist, rather than from a depiction of the external visual world as done in Realism and Impressionism. The standard for assessing the quality of a work of art now became the character of the artist's feelings rather than an analysis of the composition.

The main characteristics of Expressionism is as the name suggests, emphasis on the emotions of the artists rather than the objective reality portrayed in their paintings. Expressionist artists often employed swirling, swaying, and exaggeratedly executed brushstrokes in the depiction of their subjects. These techniques were meant to convey the turgid emotional state of the artist reacting to the anxieties of the modern world.

Die Brucke (“The Bridge”) were inspired by the post impressionists in France. Unlike the pastoral scenes of Impressionism, they depicted scenes of city dwellers, prostitutes, and dancers in the city's streets and nightclubs, presenting the decadent underbelly of German society. Die Brücke artists used distorted forms and jarring, unnatural pigments to elicit the viewer's emotional response.

The group published a woodcut broadsheet in 1906, called Programme, to accompany their first exhibition. It summarized their break with prevailing academic traditions calling for a freer, youth-oriented aesthetic and thus formally marked the beginning of German Expressionism. The most known artrists who were part of the group were- Ernst Ludwig Kirchner, Karl Schmidt-Rottluff, Erich Heckel, and Fritz Bleyl. 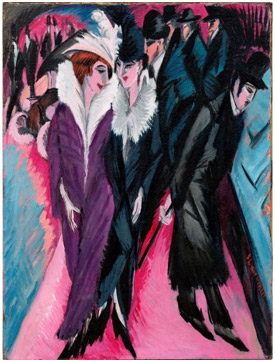 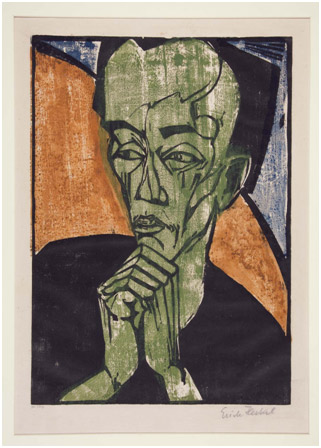 Many of their works express frustration, anxiety, disgust, discontent, violence, and generally a sort of frenetic intensity of feeling in response to the ugliness, the crude banality, and the possibilities and contradictions that they discerned in modern life.

Austrian artists such as Oskar Kokoschka and Egon Schiele, were inspired by German Expressionism, but interpreted the style in their individual and personalized manners never forming an official association like the Germans. Kokoschka and Schiele sought to express the decadence of modern Austria through similarly expressive representations of the human body; by sinuous lines, garish colors, and distorted figures, both artists imbued their subjects with highly sexual and psychological themes. 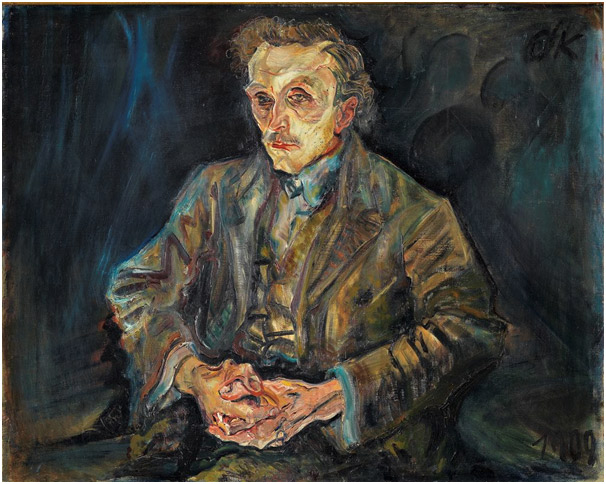 Georges Rouault, the French Expressionist, is said to have influenced the Germans, rather than the other way around. He learned his vivid use of color and distortion of form from Fauvism. He is well known for his devotion to religious subjects, and particularly for his many depictions of the crucifixion, rendered in rich color and heavy layers of paint. 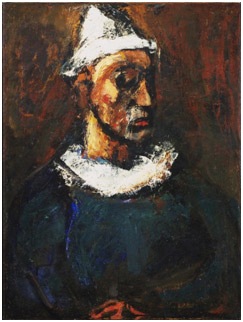 Dutch artist Vincent Van Gogh who operated out of his small studio in Paris is known for his Post-Impressionist works which can also be considered Expressionist. He documented his mental health through colourful self-portraits and painted with contrasting colours to bring focus to his emotions while he was painting.

The roots of Expressionism can be traced to certain Post-Impressionist artists like Edvard Munch in Norway, as well as Gustav Klimt of the Vienna Secession.

One of the most celebrated Norwegian Expressionist is Edvard Munch. His painting called The Scream (1893) explores his inner emotions about the reality as opposed to his ‘impression’ of the reality. Munch has famously given the following quote for his The Scream painting, “…suddenly, the sky turned as red as blood...Tongues of fire and blood stretched over the bluish black fjord. My friends went on walking, while I lagged behind, shivering with fear. Then I heard the enormous, infinite scream of nature." 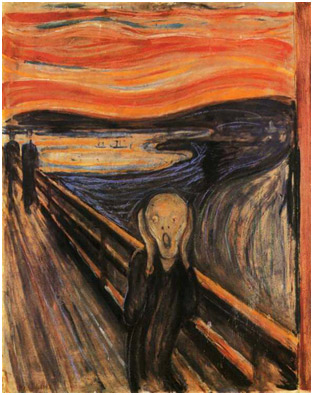 The era of German Expressionism came to an unfortunate end by the first World War as many artists died in WW1 and others befell to illnesses. During the Nazi dictatorship in 1933, many Expressionism artists such as Pablo Picasso, Paul Klee, Franz Marc, Ernst Ludwig Kirchner, Edvard Munch, Henri Matisse, Vincent van Gogh and Paul Gauguin, were labelled ‘degenerate artists’ and therefore their artworks were removed from museums and confiscated. But the end of Expressionism in a 1930s Europe gave rise to Abstract Expressionism in the 1940s America.