In the socio-economic context, we can trace the advent of modernity or the ‘modern’ society to the late 1800s when there was a radical shift in ideologies and a significant rise in scientific research. In this context of changing ideas and embracing of the ‘new’, artists also started rejecting the established artistic conventions and began experimenting. Tired of depicting the classic mythological characters and government commissioned realistic portraits, a group of Parisian artists broke the chains of their studios and picked up their canvases to practice outdoor painting, addressed as plein air. This new practice consequently developed the first Modern Art Movement- Impressionism. Impressionism primarily originated in Paris in the 1860s and became influential among European and American artists of the time, while also reaching Indian artists by the 1930s.

Impressionism is considered to be the first radical modern movement in Art History. The movement rejected classical art and instead focussed on representing the real world, giving importance to colours and light. Before Impressionism, landscapes in art were often imaginary, perfect landscapes painted in the studio. But a group of Parisian artists changed that, consequently developing the Impressionist style of painting. In the 1860s, artists Claude Monet, Pierre Auguste Renoir, Alfred Sisley, got together and worked together at outdoor locations in an attempt to capture natural lighting in their landscapes. These impressionist artists were not trying to paint a realistic picture, but an ‘impression’ of what the subject matter looked like to them. They attempted to capture movement of time in their paintings. 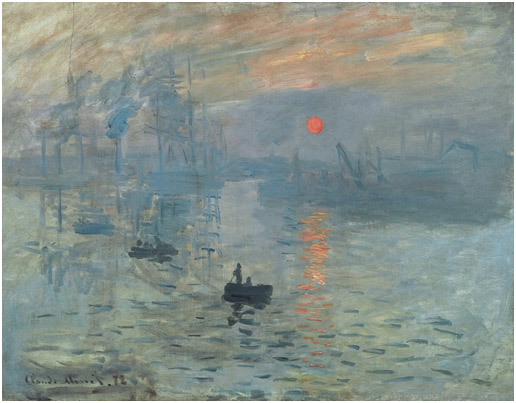 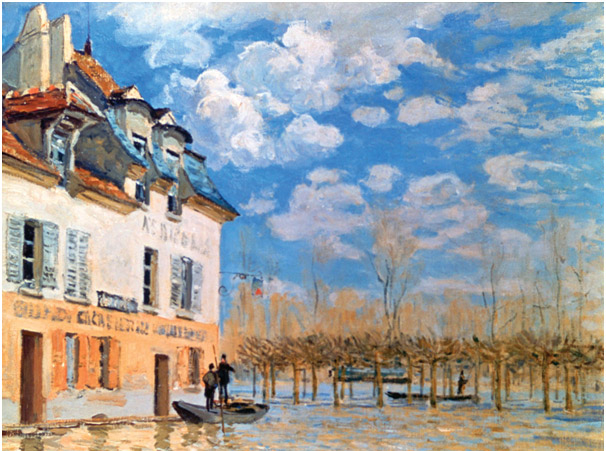 The invention of tube paints in 1841 by the American painter John Rand was also a huge propeller of the Impressionists’ movement from studio to the outdoors. With portable paints, artists no longer needed to be in a closed room setting to practice their art. Impressionists took advantage of this invention and experimented with various brushstroke techniques.

The technical characteristics of Impressionism are the use of thick paint and visible brush strokes. The Impressionists abandoned traditional linear perspective and avoided the clarity of form as these were their ‘impressions’ of the reality. Many ditched using black paint that added definition to the painting and instead focussed on painting the transience of the natural colours they saw in front of them. For this reason, many critics faulted Impressionist paintings for their unfinished appearance and seemingly amateurish quality.

The Art Movement made its official debut in 1874 in a show hosted by the Paris photography studio of Félix Nadar. This show was an alternative to the Académie des Beaux-Arts’ Salon de Paris, which had been the official exhibition of world art standards since 1667. Here, the works of Monet, Renoir, Sisley, Paul Cézanne, Edgar Degas and Camille Pissarro were displayed for the first time. However, the experimental nature of the Impressionist style was not an acceptable work of art at that time. This resulted in a hurl of insults by the critics and press on Monet’s very famous Sunrise.

Movements in the wake of Impressionism

Apart from the Monet, Renoir, Sisley and their group of friends who worked together and exhibited together, there were a few Realists who joined the movement. Edgar Degas was one such Realist artist who exhibited with the Impressionists because of their thematic similarities and supported the movement.

Impressionism is also said to have encouraged an off-set Art Movement called the Pointillism, one of the first movements in Neo Impressionism. In 1886, Georges Seurat displayed his Sunday Afternoon On The Island of La Grande Jatte which marked the beginning of Pointillism. Another artist who was associated with this movement was Camille Pissarro. Although he wasn’t famous at the time, his paintings are revered today as it highlighted his deep fascination for optics. 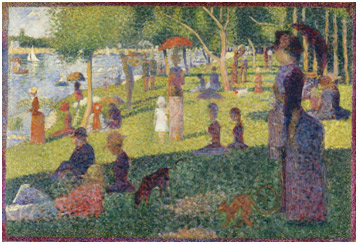 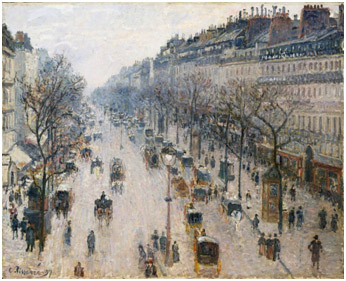 Modern Art Movements came to India during 1930s when several artist groups were being formed in the country. Some artists who were known for their Impressionists influence are:

Sabavala works included many landscapes, seascapes and cityscapes which had a mystic appeal. His paintings had a mix of impressionist and cubist textures and he worked mostly in oils. 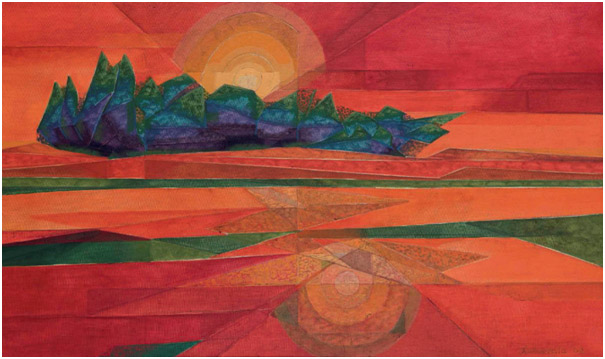 Sher-Gil also worked in oils. Her style consisted of a mix of the desi influence of Mughal and Pahari miniatures and the Buddhist cave paintings at Ajanta, and of the European Impressionist influence. She is most known for her paintings that dealt with the inner world of women, depicting them in countless moods and forms. 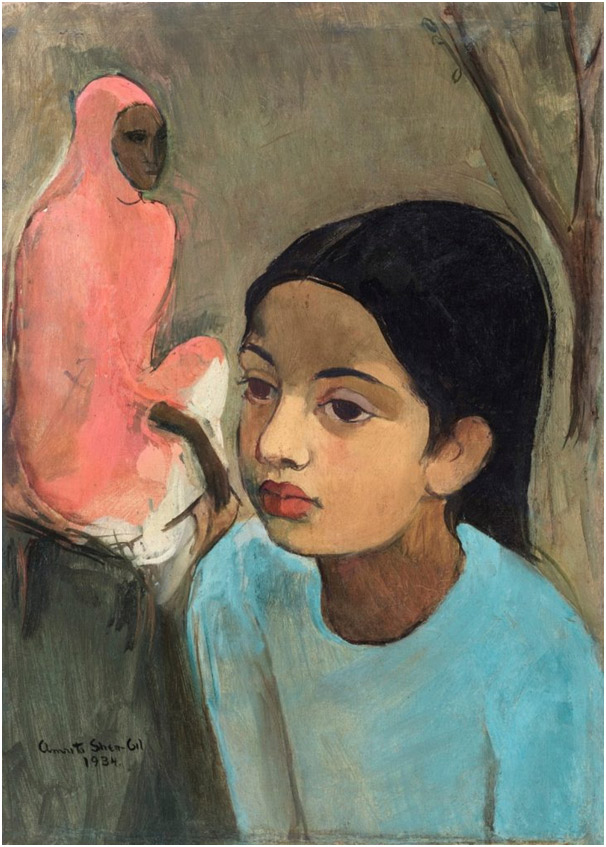 He was known for his paintings in the medium of watercolours. His appeal is sensory and expressive, almost poetic. Normally small in size, his paintings have a miniature quality, but they point towards an Impressionistic influence. 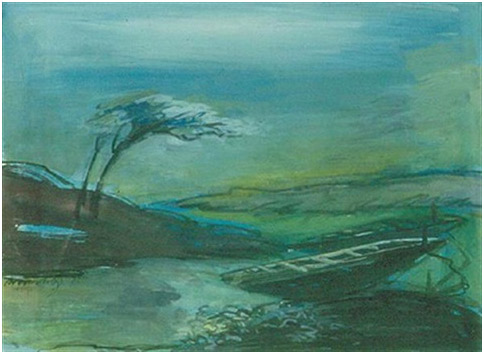