Already have an account?
Home › Artist in Focus: H.A. Gade...

Hari AmbadasGade (1917-2001) is recognised as one of the most gifted artists in the history of Modern Art in India (the 1920s-1960s). He, like the Modern Indian artists, was an experimenter and pioneered in Abstract Expressionism. He believed in the unconventional and dynamic artistic style which made his art pieces stand out, etching his name in our art history forever.

Gade was born somewhere in Amravati district, Maharashtra in the year 1917. As a child, he took to drawing, but his greater interests lay in Mathematics and Science. Unlike his contemporaries such as F. N Souza, S. H. Raza, and M. F Husain who were all alumni of Sir J J School of Art, Gade studied in a Science institution. He went to Nagpur University and graduated with a Bachelor of Science in 1939. But a deeper calling from the art world waited for him. The same year, he decided to enrol part-time at Nagpur School of Art during which he taught at the Spencer Training College in Jabalpur from 1944-48. It was during this time that he started painting landscapes and cityscapes using watercolours, inspired by his life-long friend S. H. Raza and Walter Langhammer. He finally returned to the Nagpur School of Art in 1949, completing his Diploma in Fine Arts (1949) and his Masters in Fine Arts (1950).

In the year 1947, Gade became the secretary of the Bombay Progressive Artists’ Group. He even brought his artist friend S. H. Raza into the group when it was in the formative stages. Today, Gade along with S. H. Raza, F. N. Souza, M F Husain, K H Ara and S K Bakre (sculptor), are known as the founding members of the Bombay Progressives Group which produced the Modern Art masters of India.

Aligning with the Group’s ideologies, Gade rejected representing nationalist symbols and instead focussed on making abstract compositions, depicting townships and cityscapes where the colours bleed out hinting to the perfect mix of land and nature in our cities.

His earlier works were made with watercolours (as mentioned earlier) which he later switched with oils on canvas. He used both the palette knife and brush in his paintings, giving his abstracts new dimension. 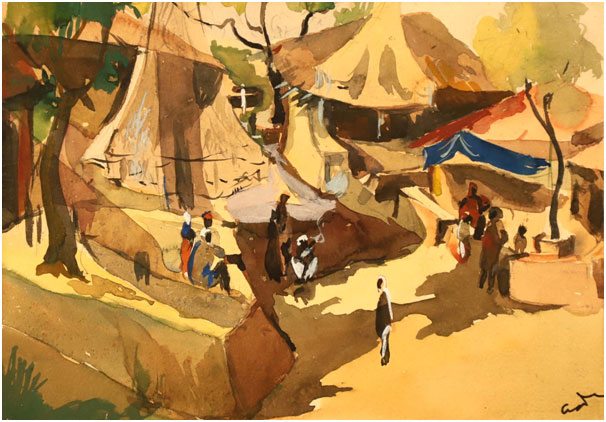 Apart from his prolonged preoccupation with landscapes, which included those of Kerela, Indian monsoons and Rajasthan (Udaipur), his oeuvre included painting the slums and poverty of Bombay in the 1950s, still life and nude portraits.

Often referred to as “Painters' Painter”, Gade’s knowledge and use of colour was said to be a class apart. He had an intuitive understanding of the pictorial dimensions of colour. Moreover, due to his interest in Mathematics, his works reflected an almost planned look having influences from Cubism making his Abstraction a very interesting study for artists and students alike. 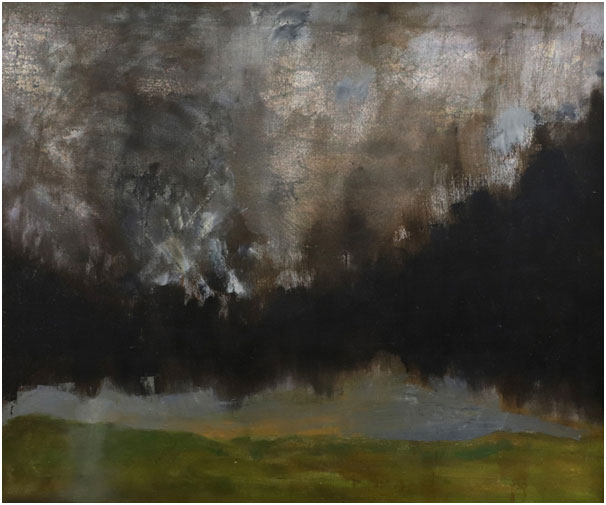 In his career as an artist, Gade had participated in several group displays with the Bombay Progressive Artists’ in Mumbai, Baroda, Ahmedabad and Calcutta. He had also participated in the Stanford University exhibition in 1949, the Venice Biennale in 1954 and the Indian Art Exhibition which toured east Europe in 1955-56. He was awarded a gold medal at the annual exhibition of the Bombay Art Society in 1956. He also exhibited at Basle in 1951 and 1956 and at Venice in 1957.