Already have an account?
Home › A Movement more than a Line and a Colour...

Out of the major modern art movements that originated in the early 20th century, Abstraction has perhaps the most impact in the Contemporary art scene. In popular culture, Abstract art is seen as an elitist art form and appears in books, television fiction, and movies to show a bourgeois setting. But in the Art World, Abstract art is simply known as ‘non-objective art’, ‘non-figurative’, or ‘non-representational’. However, the above are just some vague umbrella terms used in the community to describe the abstract art practice. There is no clear consensus on the definition, types or aesthetic significance of abstract art, which makes this Modernist movement even more interesting.

The depart from Realism was one of the major reasons for the birth of various Modern Art movements we fondly look back at today, including Impressionism, Expressionism, Cubism, Surrealism, and of course, Abstraction. Abstract Art can be said to be the complete opposite of Realism, an art movement which existed before Modernism. In the 19th century, as the first photograph was invented, people no longer needed to achieve the perfection of reality on canvas. Artists started to yearn for creative freedom and depicting emotions on the canvas as realistic portraits could now be photographed instead.

By the 1850s, European artists had started making art for its aesthetic attributes and not for its documentation purposes. As the artist community started experimenting with canvases, brushstrokes and colour, we saw the emergence of the Impressionists. They were Paris-based artists who focussed on depicting the high contrasts and qualities of light in their works. Soon, in the 1900s, the Expressionists took over the modern art movement. Their style mainly consisted of partially distilling and distorting reality. During this period, we also saw the rise of the French Fauvists, who focused almost exclusively on colour. To the Fauvists, the subject matter was secondary to the aesthetic components of the work. Looking at the chronology of the art movements, it is safe to suggest that the emergence of pure Abstraction was inevitable.

Abstract art is a form of art that relies entirely on the painter’s imagination and emotional state. There is no definite form or structure to the painting as the image does not suggest a commodity or scenery existing on earth. The use of colours and brushstrokes are also completely in the control of the artist’s mind and feeling. Abstractionists also do not employ perspective or 3-dimensional imagery in their work, suggesting a uniform plain with no definition. The artwork made in this style is meant to be emotionally felt and uniquely interpreted by the human mind. They hold a different meaning for different people.

The common misunderstanding regarding Abstract Art is that it is the easiest art form since there is no form and structure to it, and the emotions can guide your hand. This is, of course, false. Some may even say that Abstract Art I the most difficult of the art practices. An Abstract artist needs to know the different brush strokes and techniques to achieve the desired image he/she/they set out to create. The artist should also have an in-depth knowledge of colours and a deep understanding of aesthetics.

Wassily Kandinsky (1866-1944), a Russian-born artist, is regarded as the first creator of pure Abstraction in modern painting. Almost all historians agree that the first abstract painting was Wassily Kandinsky’s Untitled (First Abstract Watercolor), painted in 1910. As one of the first and most influential abstract artist, Kandinsky freed artists from their dependence upon references to the observable world. He opened up the field to profound and rapid experimentation that it is known for now.

A huge advocate of ‘art for art’s sake’, Kandinsky’s artistic journey is an interesting one. He wasn’t a born artist like French artists. Growing up, he studied Law and Economics at the University of Moscow and started teaching at the university. But his continued interest in art and colours, made him change his career and become a full-time artist by the 1890s. Artistically, he progressed from representational to pure abstract art. 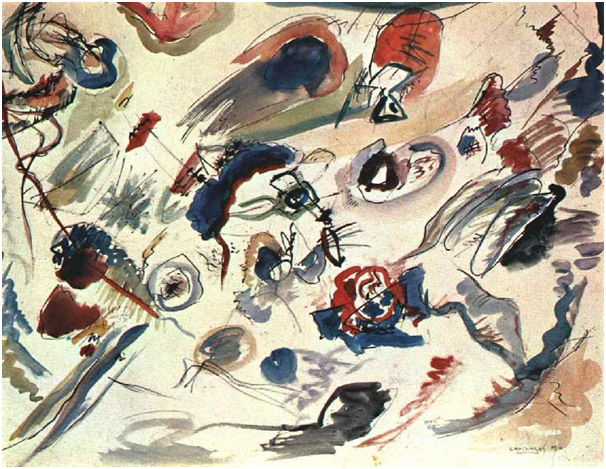 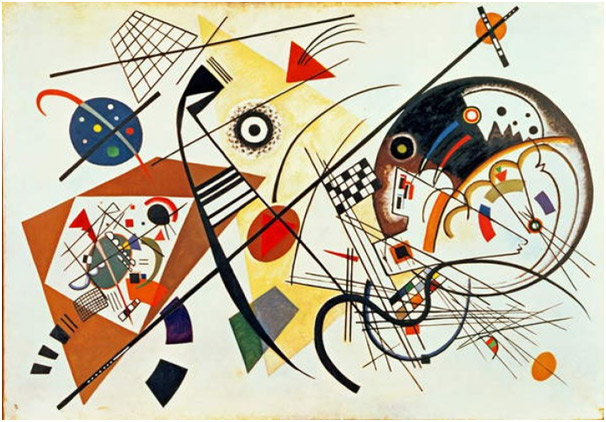 Kadinsky’s Untitled work on his interpretation of music as art

Another pioneering abstract artist is Kazamir Malevich, a German American artist. His interest in the so-called zero degrees of painting, the point beyond which the medium could not go without ceasing to be art, led him to start a movement within Abstraction called Suprematism. He painted in a range of colours and used extremely simple motifs, subjects and forms and based his composition on basic geometric forms- circles, squares, lines, and rectangles. 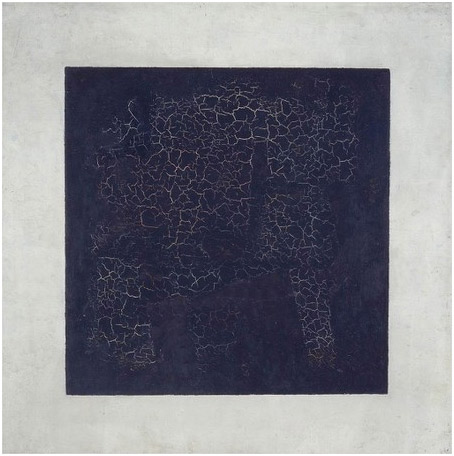 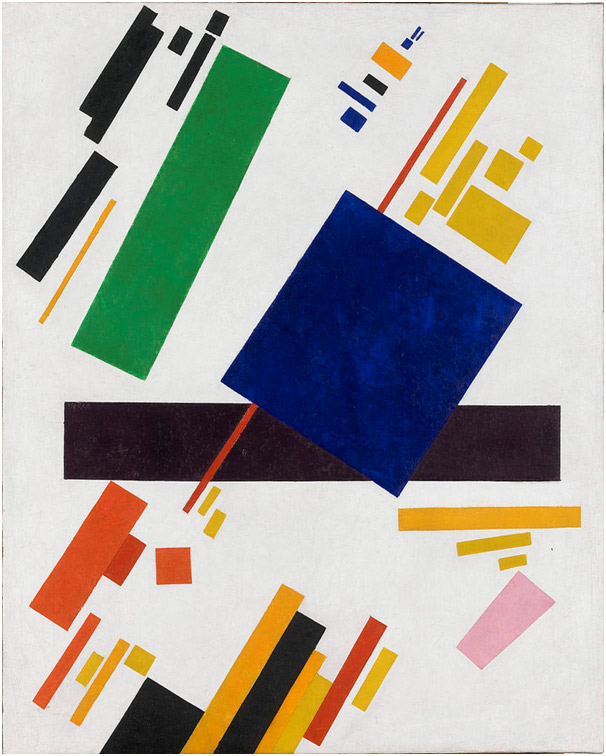 Jason Pollock is also a celebrated Abstractionist but is more famous for his pioneering work in Abstract Expressionism. His artistic achievements have even encouraged a motion picture to be based on his life called Pollock (2000).

Where is Abstract Art now?

Abstract art exists in a range of partial to full distortion of the image. While pure Abstraction is not the popular form of the Abstract art, Abstract Expressionism, Minimalism and Colour Blocking have successfully entered the museums and galleries in the form of Contemporary Art. Perhaps the relevance of Abstract will never be questioned till there is the idea of Realism, as they are two opposing ideas like two sides of a coin and need to exist to give meaning to on another.