Already have an account?
Home › Common themes and trends in art...

Like any other creation of the human mind, Art is affected by the socio, economic and political aspects of the human society. Popular art may be subjective but owing to Art History taught in schools and reiterated at art institutions such as museums and galleries, one can map out the defining moments of different artists and their artistic styles. This mapping out also makes it easier for us to draw out common motifs and trends in Art History, allowing us to see how recurring themes and motifs are treated differently with each era. Some of these common motifs are:

Self-referencing or self-portraits are a very common recurring theme in the art community. Whether it was to document themselves or to practice their skills without having to pay a model, we cannot attribute a concrete reason to this practice. Although art dealers would say self-portraits are difficult to sell, art curators know their value and regard it an important part of the artists’ collection.

Starting in the Early Renaissance (mid-15th century), art historians have noticed that artists liked to depict themselves in their works, be it Renaissance frescos or realistic Portraits. Artists like Michelangelo and Raphael have left evidences of themselves in their commissioned frescos such as in the famous The Last Judgment by Michelangelo and The School of Athens by Raphael. 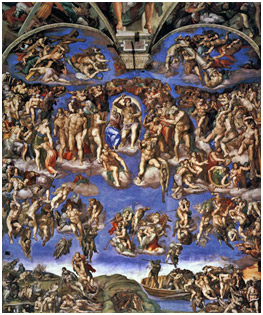 The 17th-century Dutch painter Rembrandt is also famous for his self-portraits in his collection of work, having painted over 90 self-portraits! He has also left traces of himself and his wife in his most celebrated work of art The Night’s Watch. 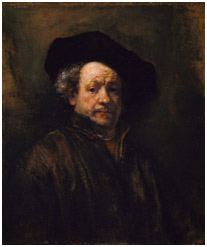 In the 19th century, Modern artists such as Vincent Van Gogh, Pablo Picasso and Claude Monet excessively dabbled in the art of making self-portraits. Van Gogh especially excelled in his portrayal of his mental state by the use of colours and distressed brushstrokes. 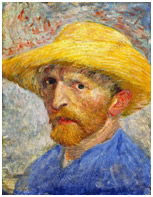 The 20th century also saw self-referencing by revolutionary artists such as Frida Kahlo and Salvador Dali, among others. 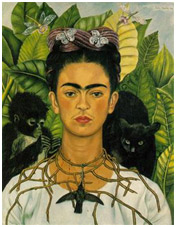 Some of the Indian artists who are masters of self-portrait were Amrita Sher-Gil, M. F. Husain, Rabindranath Tagore, Manjit Bawa, F N Souza, Raja Ravi Verma, to name a few. 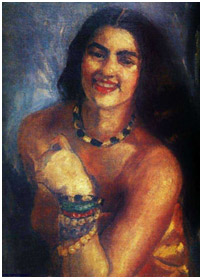 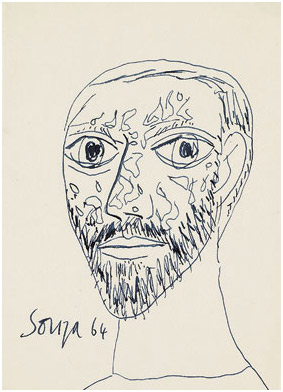 As you can see self-referencing has been part of various art movements and regions.

Mythology is part of almost all cultures in the World. In the 15th century Italian Renaissance, artists were commissioned to paint frescos on church ceilings. This period was the revival of Greek art and Mythology; hence, the representation of biblical characters took very masculine features. In Michelangelo’s, The Last Judgement fresco on the ceiling of the Sistine Chapel at the Vatican shows Jesus as an authoritarian leader.

Adam and Eve is also a biblical story that has been represented time and again in western art. 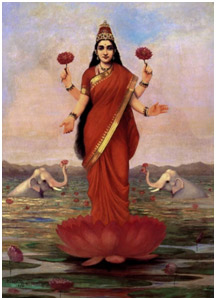 In the 16th and 17th century northern Europe, particularly in the Netherlands, depicting everyday life became one of the principal subjects for paintings. Artists recorded parties, banquets, games and sports, bars, markets, homes and even work in the fields, often with humorous details. These paintings were so popular they became a ‘genre’ of their own.

These paintings had a huge influence on the 19th-century Impressionists. Since Impressionists painted quickly at outdoor settings, they could capture the daily hustle-bustle of city and countryside life. Artists like Claude Monet, Pierre Auguste Renoir, Edgar Degas, among others showed the movement in everyday life well. In America, Mary Cassatt and Winslow Homer were two artists who captured daily life extensively in their works. 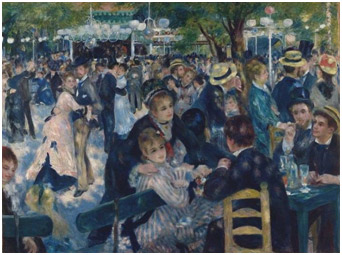 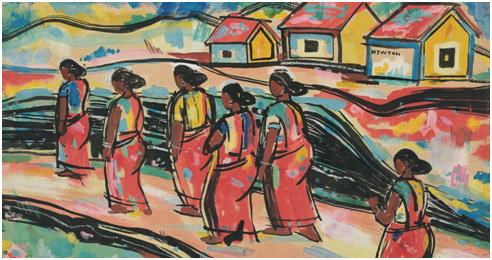 Again, starting from the Dutch Golden Age period (15th century), Landscapes were popular subjects in art. Jacob Van Ruisdael was one of the most prominent Dutch realist artist who depicted the beautiful landscapes of the Netherlands. 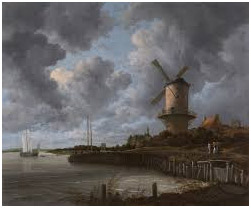 Landscapes came into practice again during the Impressionist period where artists such as Claude Monet, Vincent Van Gogh, Camille Pissaro, among others painted the same landscapes at different times of the year. 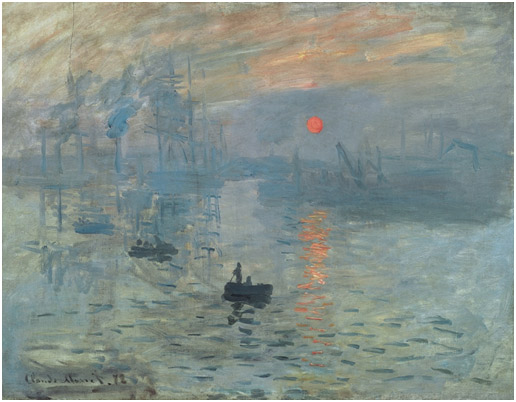 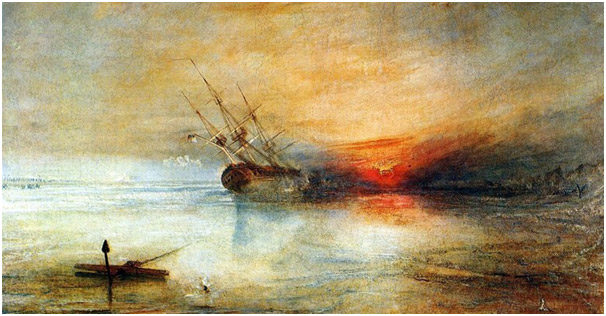 In India, artists from the Bombay Progressives Group were bearers of modern painting and so also adopted the subject of landscapes in their works. F. N. Souza, S. H. Raza, Gopal Ghosh and K. S. Kulkarni, among others, were talented in depicting the changes in the urban landscape over time. F. N. Souza’s Cubist influences produced one of a kind cityscapes. 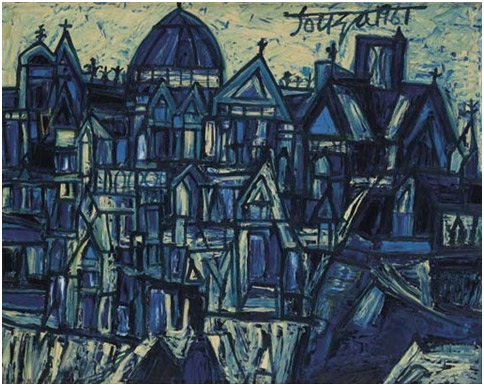 A still life is a painting ‘genre’ that focuses on still objects with a focus on household objects, flowers, or fruits. Fruit bowls and flower arrangements are a popular choice because they’re made up of simple shapes.

Still, life first originated in 17th century Holland. These were commissioned paintings to show off the richness and luxurious possessions of the rich. They were seen as status symbols and celebrated the success of Dutch trade. As a result, all objects in the paintings looked realistic and as impressive as possible. 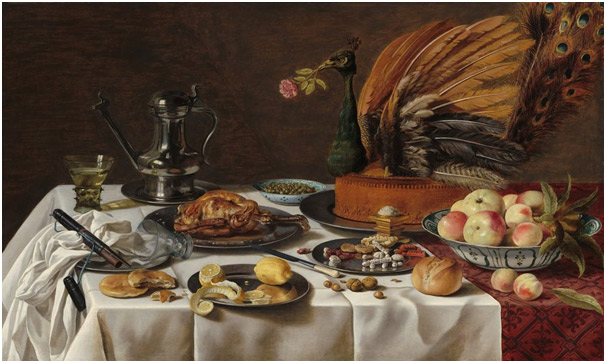 Popular again in the 19th century, Fauvism explored Still Life in a different way. Fauvists painted works with bold, bright colours, and exaggerating the image by painting attention-grabbing patterns that captivate the eye. 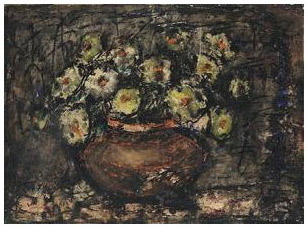 In the Italian Renaissance period (15th century), Politics and Nationalism were represented by battle paintings wherein the general was painted with the flag of the victorious kingdom. In the 17th century, military Paintings again became very important in the Dutch Golden Age period. 18th century saw depictions of battles mostly adopting a bird's eye view, which made it less interesting to paint and saw many artists not attempting to paint Battle scenes.

Military art remained popular during the remainder of the 19th century in most of Europe. French artists such as Ernest Meissonier, Edouard Detaille, and Alphonse de Neuville established military genre painting in the Paris Salon.

In India, war painting has existed for a long time. Some of our temple murals depict the epic battles of Ramayana and Mahabharata. In the Mughal period, Mughal miniature paintings also documented the kingdom’s victories through battle paintings.

In the 20th century India, as we were inching towards our Independence, a group of artists from Calcutta produced works with heavy Nationalistic symbolism. These works included Abanindranath Tagore’s Bharat Mata (1905) and Nandalal Bose’s Haripura paintings. 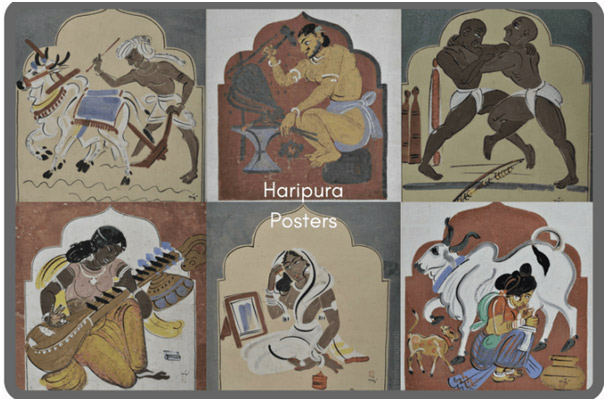 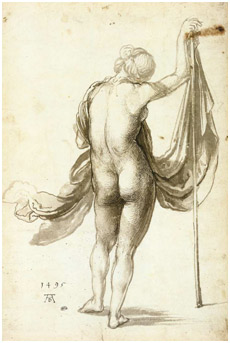 Indian Modern artists have attempted to show the power of a female sexual body instead of her vulnerabilities. You can find such interpretations in the works of Raja Ravi Verma, F. N. Souza and K. H. Ara and the most prominent female artist Amrita Sher-Gil, among other Modern artists. 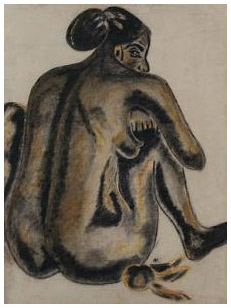