Already have an account?
Home › Modern Art in India: Tracing the Postmodern Era...

With the birth of 'Modern India' in 1947, Indian Art also took a new form. Constantly evolving from traditional and folk art, Indian artists found new subjects and motifs to represent the idea of the 'Indian' nation.  The modern era produced a number of experimental pieces which caught the eyes of art critics around the world, putting the Indian Modern Art on their radar. The unique perspective found in the masterpieces opened up the conversation on what it meant to be an 'Indian' and how those traits and ideas were represented on paper and canvas. While 'postmodern' is defined as the event/era after the 'Modern', the start of the postmodern era in art is a little ambiguous. The postmodern movement is said to have emerged in the 1970s, but actually finds its roots embedded in modern art movement since it is everything that modernism isn't.

Modern Art came a bit later to India. The Indian Modern Art movement, peaking in the 1950s and 1960s, was a very impactful time for Indian artists to develop art beyond traditional and folk-art practices. Various Artists' groups were formed around this time, which enabled the exploration of different styles inspired by the Western styles of Impressionism, Expressionism, Surrealism, Cubism, etc. They then later led the development of styles such as Symbolism and the Tantric Art during the 1970s.

Since Postmodern Art is closely connected to Modern Art, some may even say that both existed around the same time. The only aspect separating these two movements from each other are the attitudes and styles that informed them. Where Modernist movement was concerned with moving away from traditionalism, Postmodern Art moved away from Modernism. Where Modernism was based on idealism and reason, Postmodernism was born of scepticism and suspicion of reason. While the modernists championed clarity and simplicity, Postmodernism embraced complex and often contradictory layers of meaning. Let us trace Postmodernism by looking at the Modern Art Movement briefly.

Some of the monumental groups that propelled the Modern Art Movement are listed below.

Rooted in the discourse around plurality and Nehru's socialist idea, the Progressive Artists'Group (PAG) was formed in 1948 at Bombay. It was co-founded by the-now-famous artists such as F. N. Souza, K. H. Ara, S. H. Raza, S.K. Bakre and H.A. Gade, and M. F. Husainwho broke away from recreating Indian temple art, fresco and cave paintings in their works. Unlike the art practices at Bombay School of Art and Shantiniketan, the Progressive Masters rejected the emphasis of religion, mythology and romanticism, and instead explored Indian motifs and figures against western art practices such as Expressionism, Surrealism Cubism, Primitivism, etc. Souza and Ara are credited to have developed 'Erotic Expressionism'. 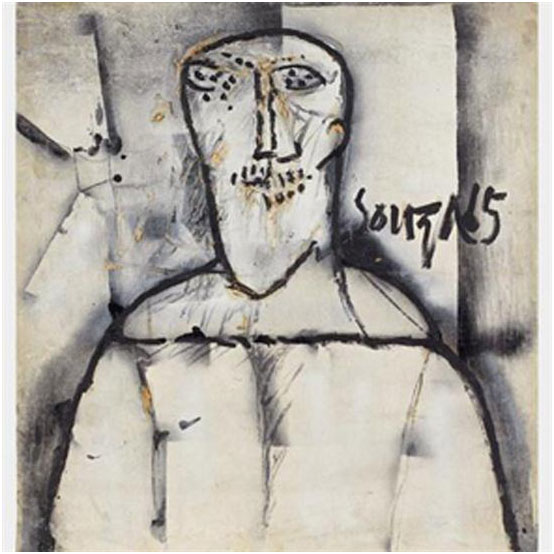 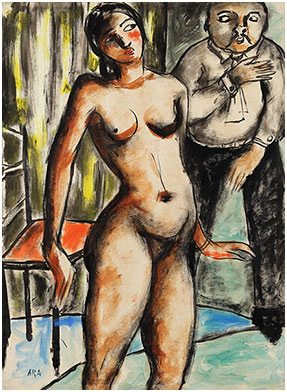 At the capital city, New Delhi, an Avant-Garde art institution was formed in 1947 called Delhi Shilpa Chakra. It was founded by the painter-sculpture K.S Kulkarni and became a platform for the city's young artists to challenge the insipid forms of traditional art. The following year, Kulkarni established the reputed Triveni Kala Sangam also in Delhi. Eventually, these two institutions became the conduits for his creative ideas. The famous names in Delhi today, are, among others Aryan, Anjoli Ela Menon, ArpanaCaur, Arpita Singh, Kishen Khanna, Paramjit Singh, Rameshwar Broota, Ram Kumar and Satish Gujral. Others, such as Gade, Gaitonde and Laxman Pai gravitated towards Delhi from other parts of India to work, and some eventually settled there. 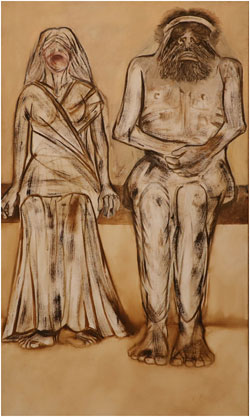 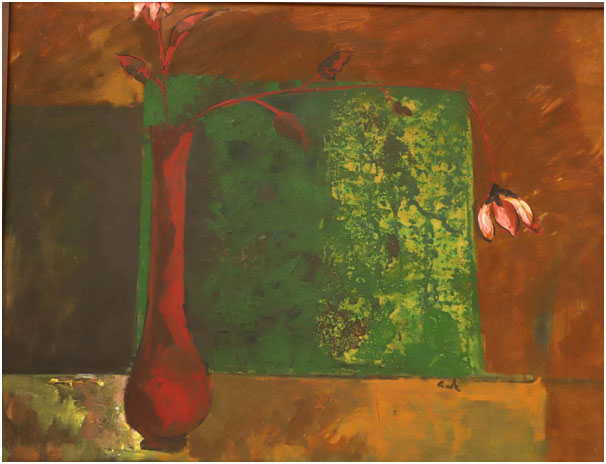 In 1957, another artists' group was formed in Bombay with Krishen Khanna, and Gaitonde among its members called The Bombay Group. Unlike PAG, The Bombay Group didn't ascribe to any artistic or social ideology which ultimately led to its downfall. Although the group produced sensitive work with the use of original themes, symbols and vibrant colours, the artists couldn't keep their 'cultural neutrality' for long. Some of the famous artists from this group are K.K. Hebbar, Tyeb Mehta, Akbar Padamsee, Sudhir Patwardhan, Jehangir Sabavaia, N.S Bendre and more recently, Atul Dodiya and Jaideep Mehrotra. 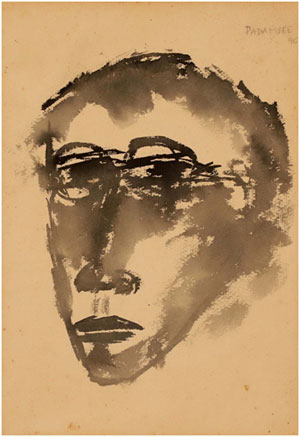 Also in 1957, the `Baroda Group of Artists' was formed. This dynamic group had evolved from the Faculty of Fine Arts at the Baroda University which was staffed with the renowned Bengal sculptor Sankho Chowdhury as its first advisor and artists such as N.S Bendre and Jeram Patel from Bombay, and K.G. Subramanyan from Shantiniketan, as faculty. Soon, Baroda University became a vibrant creative centre and workshop for artists across India. The school was revolutionary in producing sketches by students on the themes such as daily life in the streets, markets and railway stations. The faculty and students also grappled creatively with the issues of Cubism, Abstraction and other formal concerns of style and language. In the same year, the `Baroda Group of Artists' was formed under the guidance of N.S Bendre. Prominent artists of Baroda include Bhupen Khakkar, Gulam M. Sheikh, Ratan Parimoo, Rekha Rodwittiya, Jyotsna Bhatt and Vivan Sundaram. 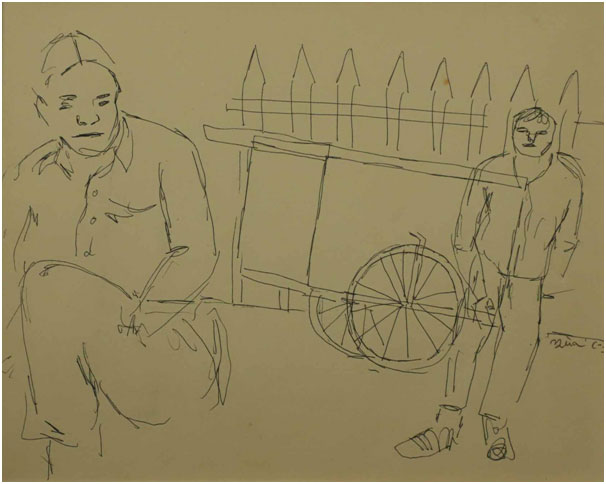 In the southern part of India, mainly Madras, the 1950s-60s marked the beginning of the shift from Modern to Postmodern when artist K.C.S. Panikar became the new Superintendent of the Madras College of Art. He led a small group of artists such as N. Viswanadhan, A.P Santharaj, Redeppa Naidu and Ramanujam. They practised the figurative style of folk art, the anecdotal style of Indian miniatures, grand epic style of traditional sculpture and the enrichments of iconic and calligraphic imagery instead of the European Renaissance art styles.

It is important to note that Postmodern Art was not an attempt to go back to the time before the Modern Art era. Although Postmodern Art brought motifs from the Indian scriptures back to the forefront, it was a more creative and spiritual art practise which didn't conform to the rules of Modern era. Thus, 'Postmodern' became a term to describe the shift in attitude towards what constituted Modern art, opting for more symbolic and emotive approaches. Most common styles in Postmodern art' Abstract Expressionism' and 'Geometric Abstraction'.

A style which is still prevalent in the Indian Contemporary Art is the Tantric Art. Indian artists turned to Tantra, fascinated with the geometrical symbols and architectural patterns it offered. The most common geometrical symbols in tantric art were interpreted in the forms of lines, triangles, and circles. Contemporary Indian artists such as G .R. Santosh, Biren De, S. H. Raza, K. C. S. Paniker, Prabhakar Barve, adopted many aspects of tantric art in their works quite frequently. Out of these artists, G. R. Santosh was the most well-known tantric painter. His vast compositions consist of curvilinear forms, which are partly lost in mystery. Santosh's work also represented the meditative poses, creation of life and the union of Shiva and Shakti, which are very important aspects of Tantra. 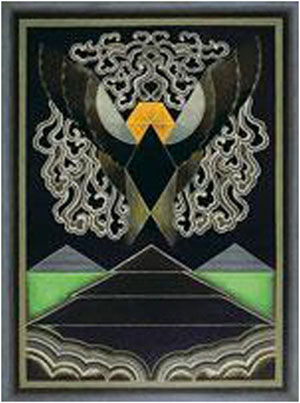 Progressive artist S. H. Raza also had found his niche in the concept of a Bindu in the later years of his career as he moved back to India. 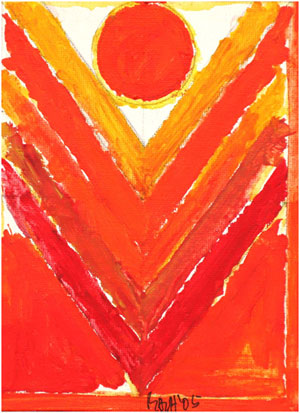 K. C. S. Panikerwas the most famous for his work in which he uses script graph which looks like a manuscript page enlarged to the size of a canvas. 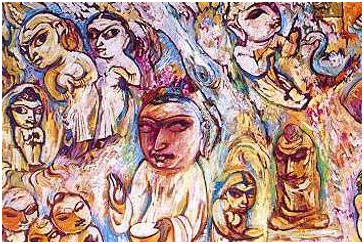 Inspired by the ideas of Tantra, Barwe's paintings are symbolic but also merges with the techniques of 'pop' art. His colour is more of matter than spirit, but the image he produces is something unique in the search. 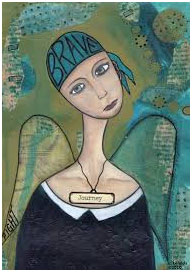 Although talked about in the art circles in India and abroad, Tantric Art was only a small subversive moment. Another important movement that emerged during this time was the rise in appreciation and celebration of female artists. By this time, India had a good share of female painters who were pioneers in their works. A few female artists who made a name for themselves in the world of male artists were Amrita Shergil, Arpita Singh, Anjolie Ela Menon, Maya Burman, and Nalini Malini, among many others. 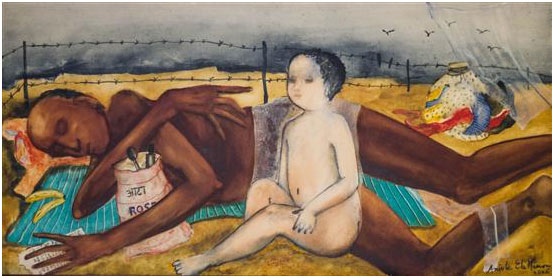