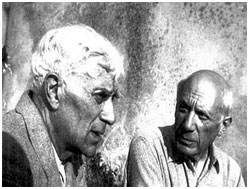 Cubism was a revolutionary art movement that began in the early twentieth century in Europe which drastically changed the ‘idea of art’. The origin of the movement is credited to artists Pablo Picasso and Georges Braque who were frequent collaborators, rivals and friends. 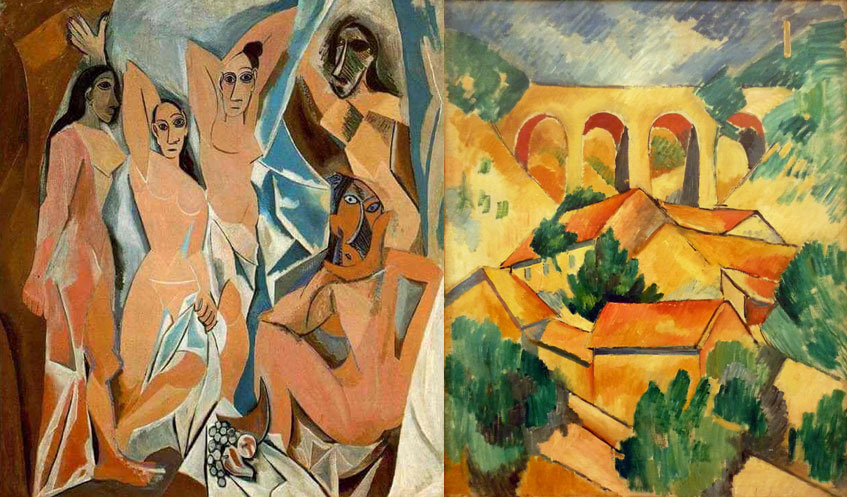 While trying to develop a distinct style, the artists sourced their inspiration from works of Paul Cezanne and African art. This is reflected in the 1907 painting Les Demoiselles d'Avignon by Picasso and Viaduct at L’Estaque (1908) by Braque. At the time Picasso’s unfamiliar fragmented human forms with faces hidden behind masks and exuding raw sexuality and Braque’s architectural composition shocked the art world and paved the way for ‘pure abstraction’ in art. After seeing Braque’s painting Viaduct at L’Estaquethe French art critic Louis Vauxcelles coined the term cubism as the abstract landscape in the painting reminded him of cubes. These paintings are now considered to be ‘proto-cubist’ as gives a glimpse what became the definitive characteristic of the movement. While cubists derived their subject matter from real life the forms were fragmented in such a manner that art no longer imitated nature creating a dichotomy between real and illusion. Cubism led to the complete abandonment of figural and perspective rules of Western art set from the times of renaissance. Artists instead looked for new ways of creating multiple perspective and encapsulating movement on a flat surface. 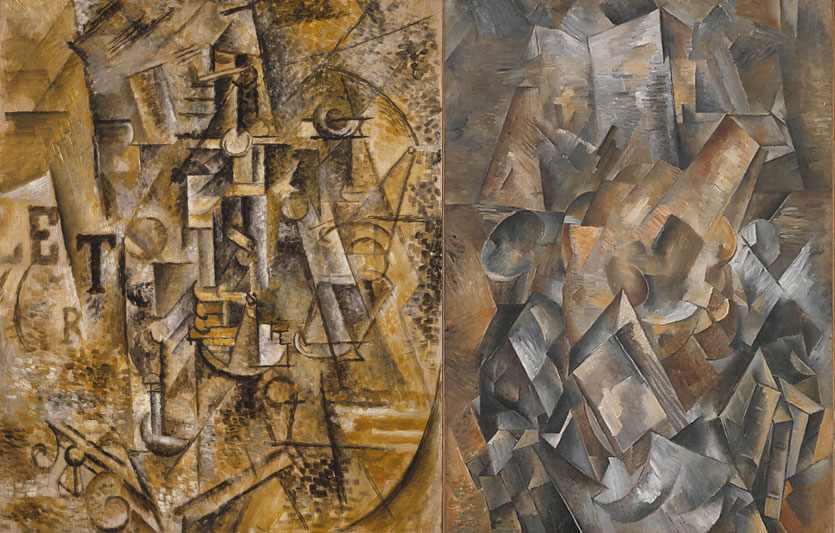 The art movement is categorised into two phases- ‘analytic’ and ‘synthetic’. The early or analytic phase of cubism between 1908 and 1912 is characterised by fragmented, sculptural forms and a monochromatic colour palette. Picasso’s painting from this period such as Still Life with a Bottle of Rum (1911) which depicts a round table with a long-stemmed glass, a bottle of rum and a pipe is an example of high abstraction used by artists in this period. In the painting he tries to create multiple perspectives by using overlapping geometric forms in yellow, brown and black tones. Similarly, Braque’s painting Still life with Mandola and Metronome changes the conventions of still life, by using a vertical format. In the artwork the overlapping forms are piled on each other in narrow space creating a dense area in the centre of the canvas. The use of certain shapes indicates to the objects of the still life like an oval in the centre to represent a mandola. Other artists such as Juan Gris also employed similar techniques in their earlier work like his paintings Portrait of Picasso in which the surface is divided into definite cubical planes. In fact, it was Gris who coined the term ‘analytical cubism’ to describe his work made before 1913. In this phase of cubism, artists frequently depicted not just the human form but also musical instruments, objects like bottles and newspapers in their artwork. 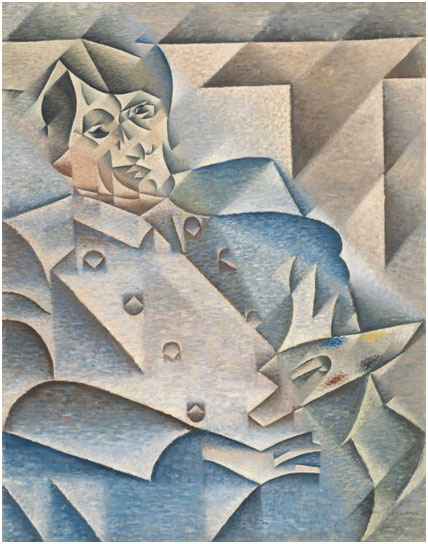 Portrait of Picasso by Juan Gris

By 1912 most cubists artists had simplified their compositions by synthesising forms. At the forefront was Gris who shifted from a monochromatic palette to using bright, contrasting colours that were placed together harmoniously. This technique was also followed by artists such as AmedeeOzenfang who went on to regard colour as more essential than form. The artworks from synthetic phase of cubism shows experimentation with contrasts in colour, shapes and textures. Artists also interrupted the painted surface with materials such as newspapers, cut-outs, patterned paper and tobacco wrappers. This led to the emergence of what Picasso and Braque coined as ‘coller’, a French term for ‘collage’. These materials helped the artists to break the ‘two dimensionality’ of a painted surface like in Braque’s Violin and Pipe (1913) and Picasso’s Bottle of Vieux Marc, Glass, Guitar and Newspaper. Collages was further explored by Dadaists that used everyday like tickets and candy wrappers to create high art. Cubism became a turning point for modernist art influencing generations of artists and paving the way for art movements such as futurism, Dada, Constructivism and Art Deco that further took up questions about form, perspective, high and low art. 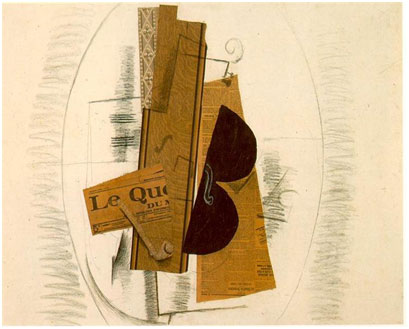 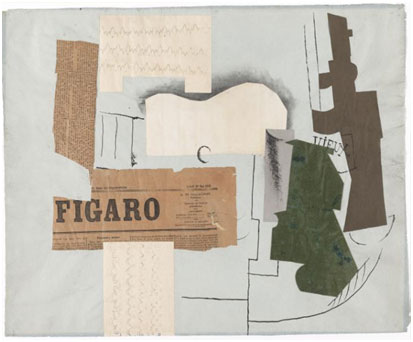 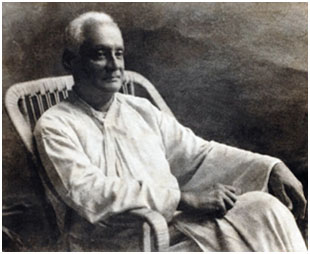 In India, Gaganendranath Tagore is considered as the earliest proponent of cubism. Along with his brother AbanindranathTagore he was an exponent of the Bengal School of art. But Gaganendranath Tagore’s oeuvre reflects different stylistic influences such as Japanese brush techniques and blank ink method sumi-e, and by 1921 he had assimilated cubists techniques. According to the art historian and writer ParthaMitter, Tagore was the only Indian painter to use cubism before 1940s. Tagore began his cubist experiments by using a bright colour palette and fragmented forms like in the paintings Bed of Arrows, Temple, Dwarakapuriand City in the Night. But later in his post cubist phase seen in artworks such as The House of the Dead he used mostly black and white.

At the height of the nationalistic movement in India’a Tagore’s use of ‘Western style’ was heavily criticised. British art historian W.G Archer had dismissed his cubist paintings as a poor imitation of Picasso. But the writings of historian Stella Kramrisch provides a deeper understanding of the difference between Tagore and the French cubists. She pointed out that Tagore’s cubist visual language had the emotive qualities of Indian sculptural art whereas French cubism tried to achieve a continuum of movements. Tagore’s cubist paintings are now appreciated as the pre-cursor to Indian moderns of 1930s and 40s such as M.F. Hussain and F.N Souza who freely amalgamated various Indian and Western styles including cubism to develop a distinct Indian modernist style.