Born in Dhuri, Punjab, Manjit Bawa studied at Delhi Polytechnic from 1958-63 under eminent artist-teachers Somnath Hore, Dhanraj Bhagat and B. C. Sanyal. He then lived in England from 1964-71 as a silkscreen printer and studied painting. Upon his return, he taught at Delhi’s College of Art from 1975-77. It was then that be began to discover his identity as an artist.

Manjit Bawa’s artistic inspiration is rooted in the fabric of Indian culture. The artist deliberately didn’t want to be a part of the Eurocentric cannon by painting in a Europe derived style. This quest for evolving a unique identity, independent of western style of painting led Manjit Bawa into the treasure trove of sources of inspiration – Sufi music, poetry and spirituality. Inspired by these, he began exploring Indian mythology, love legends and folk tales for themes. The influence of Sufi elements can be seen on his signature rounded forms suspended against rich flat grounds. The vibrant and levelly colour palette brimming with reds, oranges, yellows, greens and blues was also a quintessential Indian element. Nature too was a major source of inspiration for him. Birds, animals alongwith the flute, suggesting the flute playing Hindu religious icons of Radha and Krishna, found expression in his works. His works also reflect the influence of Pahari miniature paintings and Kalighat pats combined with his rigorous training in Serigraphy.

A man of multiple shades, Manjit Bawa was also a soulful singer. According to his interviews, he would spent the night singing in his native village of Punjab during the festival of Lohri. . He also loved playing the tabla and the flute. Both music and Sufi philosophy were both an integral part of his persona as well as his process of artistic creation.

Bawa established a silkscreen workshop at Garhi Studios, Lalit Kala Akademi in New Delhi, achieving in his prints the same luminescent colours of his paintings. The 1984 anti-Sikh riots in Delhi saw him organise peace marches and participate in several anti-communal projects. Manjit Bawa was awarded at the first Bharat Bhavan Biennale, Bhopal, in 1986, and received the Lalit Kala Akademi National Award in 1980 and the Dayawati Modi Annual Award in 2000.

The artist passed away in New Delhi in 2008.

1958-63 Studied at the School of Art, Delhi Polytechnic, New Delhi

2013 'The Sahmat Collective: Art and Activism in India since 1989', Smart Museum of Art at University of Chicago, Chicago

2004 ‘The Margi and the Desi’, organized by Gallery Espace, New Delhi

1981 All India Exhibition of Prints and Drawings, Chandigarh

Back to Artists View Artworks of Manjit Bawa 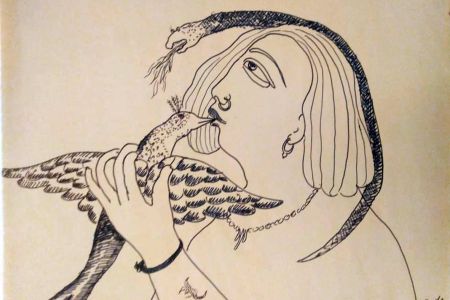 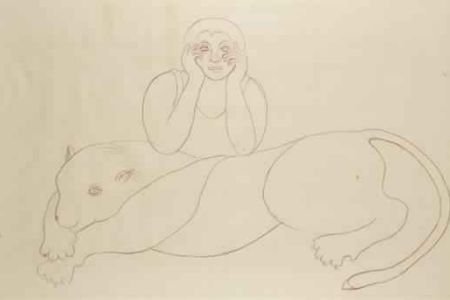