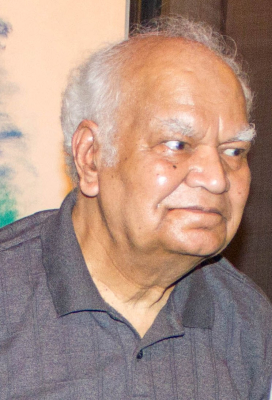 Born in 1932 at Bawal, Haryana, Om Prakash Sharma completed his graduation in Drawing and Painting from Meerut College, and secured a National Diploma in Fine Arts from the Delhi Polytechnic. The artist further secured a Fulbright Scholarship that enabled him to pursue his postgraduate studies in Fine Arts and Art History from Columbia University, New York.

Working on paper and canvases, Professor Sharma, as he is popularly known, creates intricate imagery in bold lines and geometric forms. In a harmonious mix of abstraction, and tantric forms his compositions evoke mystery and an ethereal energy. He taught at the College of Art and School of Planning and Architecture, New Delhi and headed the College of Art as its Principal for several years. His work has been exhibited at numerous exhibitions in India and abroad, He has been felicitated with many awards and honours including  the Lalit Kala Academy’s National Award for Painting, First Prize (thrice) for the Annual Art Exhibitions of AIFACS and the awards won at various state exhibitions.

Om Prakash Sharma lives in Delhi and works from his studio there.

Maintains an active interest in Music and Dance, has studied North Indian Classical Music and plays the Sitar since 1956. Has performed in India and abroad including lecture demonstrations. In 1970, planned and collaborated to make a series of four short films on Indian Classical Musicians. Several Radio and TV Talks and Interviews on Art. Films including ‘On the Journey of Art – Om Prakash – by Doordarshan, India , 1987 : ‘ Neo Tantra’ by Bombay Broadcasting Company, Los Angele, USA, 1996. Release of two CD’s of his music on Sitar and Om Veena in 2013. Awards 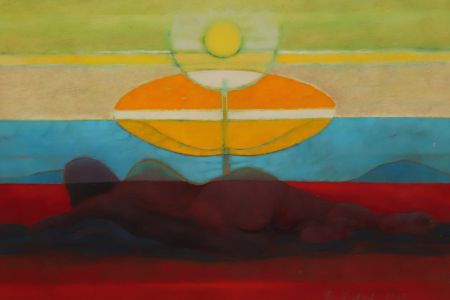