Laxman Pai View Artworks of Laxman Pai Back to Artist

For him, all beauty in its myriad manifestations was an unending source of inspiration. And it is this natural beauty that became the prism through which he explored a supreme spiritual consciousness in his works. For him, art was pure spiritual expression, fired by the soul, untouched by ideology and commentary of any kind.

LaximanPai  was born in 1926 in Margao, Goa. He studied art at the Sir J.J. School of Art in Mumbai from 1943 to 47. He was awarded the prestigious Mayo medal. Laxman Pai has had over a hundred solo exhibitions , of these nine have ben in Paris where he worked for 10 years ( 1951-61). His other exhibitions have been in London, Munich , Stuttgart, Bremen, New York, San Francisco, Bangkok, Kuala Lumpur, Singapore, New Delhi, Bombay, Calcutta and Goa. He has also participated in Bribable San Paulo, Brazil. Laxman Pai has been a recipient of three Lalit Kala national awards (1961, 1963 & 1972).  He was awarded the prestigious Padma Shri by the government of India in 1985.

His canvases are densely populated with nature in all her moods, and his human characters are always depicted in relation with their environment. All of Pai's art is a reflection of his impressions and it is free from any commentary. Most of his work is based on chance encounters and experiences that have left a mark on his mind be it good or evil. His earlier paintings borrowed generously from ancient Egyptian sculptures with bodies that were portrayed front on with the faces in profile. The vibrant hues that are so characteristic of his art got bolder and brighter with each painting reminiscent of the miniatures of early Indian artA painter who does not like dull colours, Pai has created a body of work that is as diverse and colourful as life itself. Pai had his exhibition of selected works last year in Dhoomimal Art Gallery.

1987 Honored by Government of Goa.

Back to Artists View Artworks of Laxman Pai 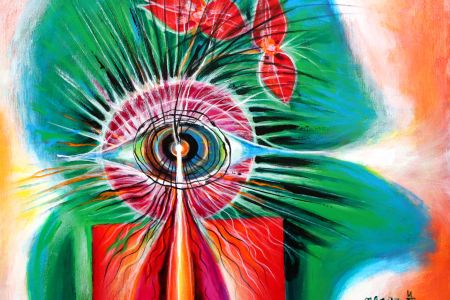 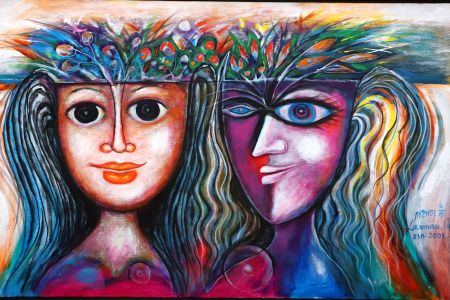 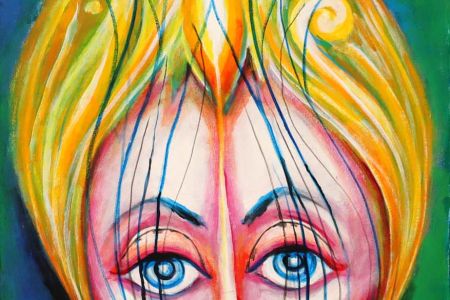 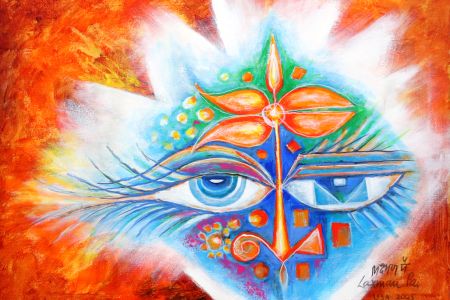 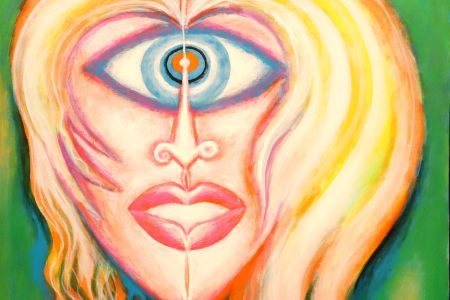 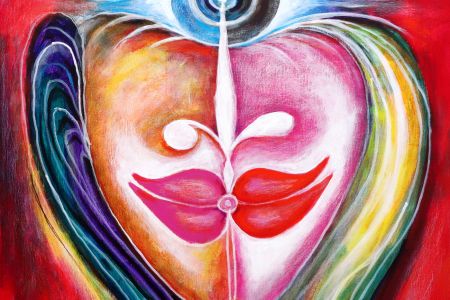 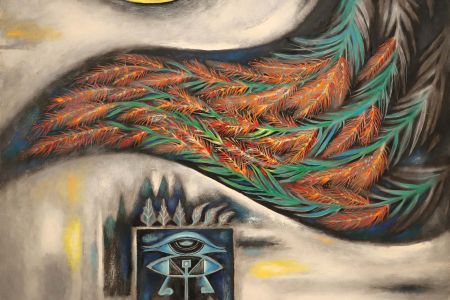 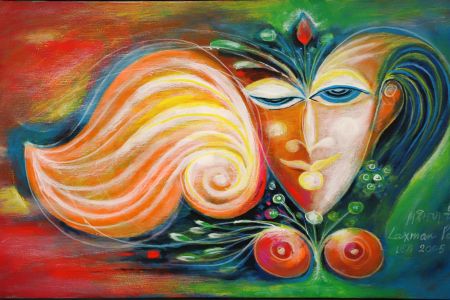 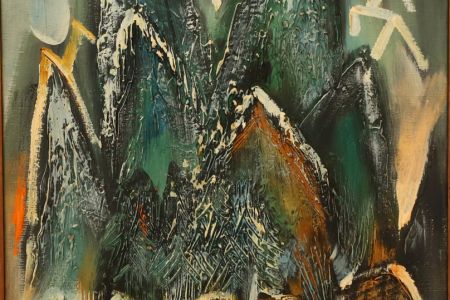 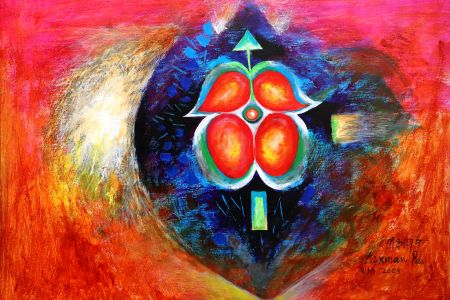 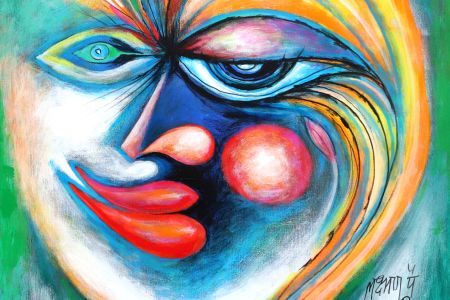