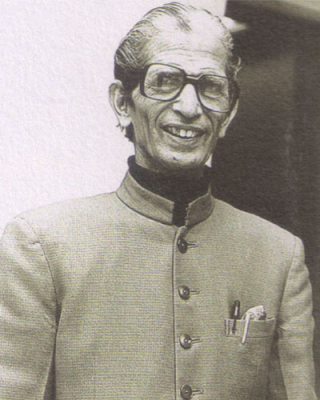 Kattingeri Krishna Hebbar was born in 1911 at Kattingeri in the Udupi district of Karnataka. His father used to make clay idols of Lord Ganesha during festivals and this background in folk art helped Hebbar decipher his passion for art and take it forward.

K.K. Hebbar received his earlier training in art in Mysore and later at the Sir J.J. School of Art in Mumbai. He started his artistic career as a teacher at the Sir J.J. School and taught there between 1940 and 1945. Although Hebbar was trained the western techniques of art but his approach and his distinct style remained rooted in the ethos of Indian folk art. K.K. Hebbar further travelled to Europe to study art at the Academy Julian in Paris.

Hebbar’s idiom is a unique combination of impressionistic and expressionistic techniques. A strong social concern made him focus on subjects like poverty, hunger and the destruction wrought by nuclear weapons. At the other end of the spectrum lie his drawings and paintings that capture the grace of dance performances, influence by his study of the classical Indian dace form, Kathak. Throughout his career, Hebbar never ceased to experiment, and enriched his artistic vocabulary through several trips around the country, including those to important historical sites like the ancient caves at Karla, in Maharashtra. One of the sketches that resulted from this particular trip won him a gold medal from the Bombay Art Society.

Hebbar always held that an artist's role was to tell the truth about his feelings without any dilution. Due to his opposition to the politicization of art, he was not a part of any of the many artist groups that thrived in India during the 1940s and 50s; and yet he played an important part in the organization of artists in Bombay, and was closely associated with the Jehangir and Chemould Art Galleries in the city. K.K. Hebbar has exhibited widely across India and abroad. He was honoured with a number of awards through his career, including the Padma Bhushan by the President of India in 1989, and the Maharashtra Shasan ‘Gourav Puraskar’ in 1990.

1953 All India Exhibition of Paintings and Sculptures, traveling to USSR, Poland and West Germany

1989 ‘Padma Bhushan’, by the President of India

1980-84 The President of India nominated him the Chairman of Lalit Kala Akademi, New Delhi.

1961 Padmasri, by the President of India.

1954 Nominated as Eminent artist by the Lalit Kala Akademi in its first General Council meet.

1941 Gold Medal of the Academy of Fine Arts, Kolkata

Back to Artists View Artworks of K.K. Hebbar 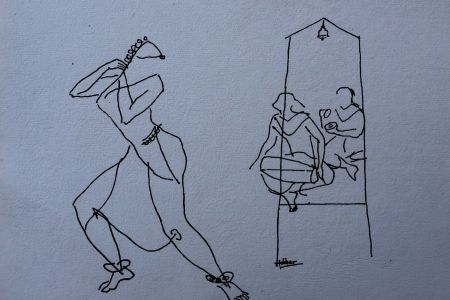 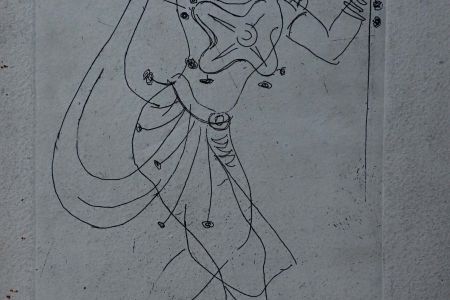