K.H. Ara View Artworks of K.H. Ara Back to Artist

Viewed as the first contemporary Indian painter to meticulously use the female nude as a subject, K.H. Ara through his works, transformed an act of straight reportage on day to day life into a potentially sensuous communication.

K.H Ara was born in 1913 near Andhra Pardesh.A self taught artist, he struggled with poverty while growing up. At the tender age of 7, he moved to Mumbai and made living cleaning cars. He was imprisoned for participating in Gandhi’s Salt Satyagraha Movement. Despite the unfavourable circumstances, Ara continued with painting in his spare time.

Even though he began his career doing landscapes and paintings on socio-historical themes, he soon moved to still life and nudes. In his works depicting female nudes, his approach was balanced. He neither expected to shock the viewer through display of a raw eroticism, nor did he want to revisit folk art. Through his nudes, he depicted Indian women across age groups and from different strata of society in a dignified manner. When one looks at his works, the subject of the nude is never an object of titillation; the subject has a strong sense of agency which Ara brings out through his works.

He was one of the founder members of the Progressive Artists’ Group. K.H. Ara was not deliberately political through his works. He was not making a political statement through those. For him, as a modernist, the form and language of art preceded all other social and political motivations. His art was intuitive, imaginative, spontaneous and improvised with an intent of creating a unique vocabulary. He wasn’t creating an intellectual statement through his works either but rather embarking on a process of self exploration through the form and language of art.

Ara won several awards in his lifetime, beginning with the annual prizes of the Bombay Art Society, the Governor’s Prize, and an award from UNESCO, all before Independence. He was founder and secretary of the Artists’ Aid Centre and trustee of the Jehangir Art Gallery, both in Bombay, and was both fellow and general council member of the Lalit Kala Akademi, New Delhi.

2013 'The Naked and the Nude: The Body in Indian Modern Art', Delhi Art Gallery, New Delhi   2012 'Contemporary: A Selection of Modern and Contemporary Art', prsented by Sakshi Gallery at The Park, Chennai

1963 Held an Exhibition of his paintings, Exclusively in Aid of the National Defense Fund, Roop Gallery.

1948 Two shows held in the provincial towns of Surat and Rander.

1947 Exhibition in Matunga, a Mumbai Suburb.

1961 Sponsored by Lalit Kala Akademi, visited France as Guest of French Government and Visited Bulgaria as an Exchange Artist on Invitation of the Bulgarian Artists Association

Back to Artists View Artworks of K.H. Ara 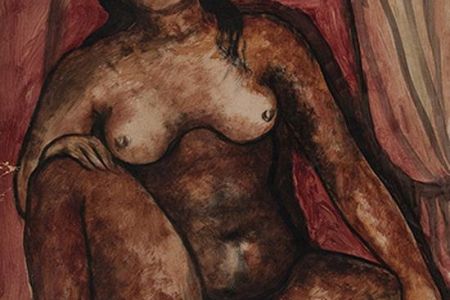 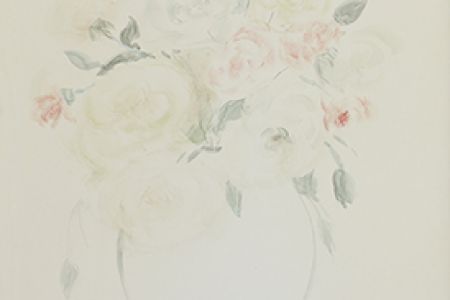 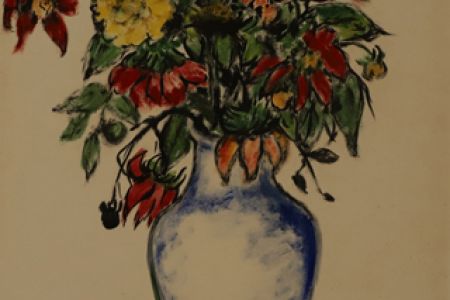 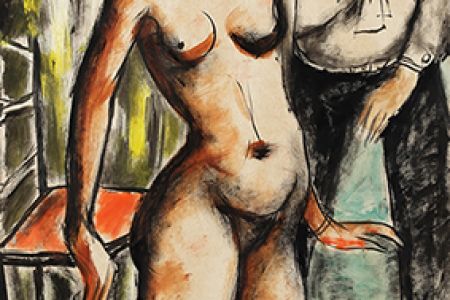 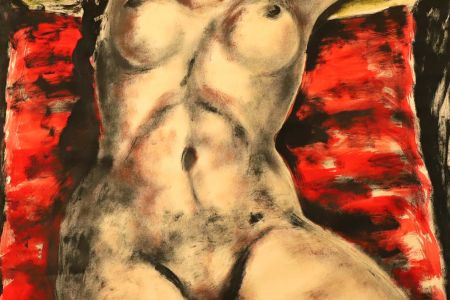 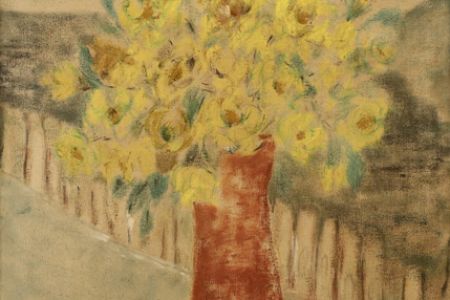 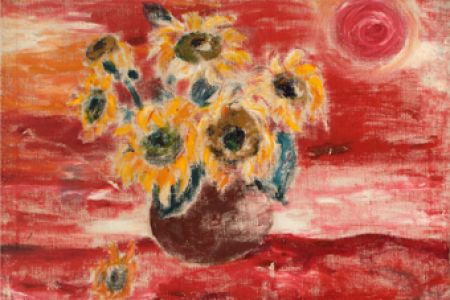 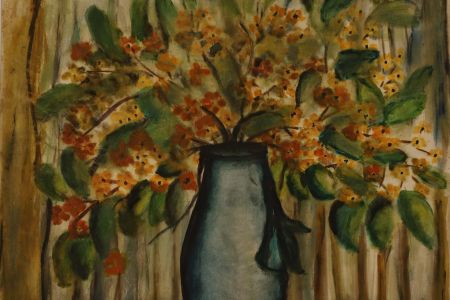 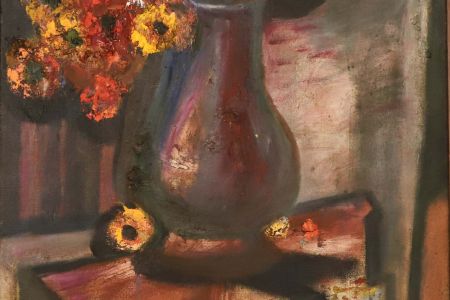