Jamini Roy View Artworks of Jamini Roy Back to Artist

Known as the first modernist master of Indian art, he reinvented the trope of western modernism in an Indian context and synthesises it with Indian folk art forms.

Jamini Roy was born in 1887 in a small village in Beliatore, Bankura district of West Bengal. He joined the Government School of Art, Kolkata in 1903. He began his career by painting in the post impressionistic genre of landscapes and portraits. But after mastering these genres, he drifted towards folk art to find his roots with folk inspired paintings in order to evolve a distinct style of his own. And Jamini Roy’s distinct style indeed became a string socio-cultural and political statement as it became symbolic of a culture trying to find inspiration in its own roots and rich artistic tradition rather than looking towards the west for inspiration.

Infact, his rejection of the then ‘modern’ style of painting and his foray into the realm of Bengali   folk paintings marked a new beginning in the history of Indian art.    Jamini Roy had always tried to preserve certain basic forms, colour and patterns. His subjects are taken from the people around him; the village folk in particular such as the Bauls, Bauris, Santhals or Mallas appear very often. He attempts to shed the non- essentials in his search for certain universal elements and reaches a stage where his figures, shorn of frills and decorations, attain a frieze- like architectonic qualitiy.

Roy had numerous one man exhibitions and group shows in both India and cities abroad including London and New York. His works can be found in many prvate collections as well as institutions and museums across the world, including the Lalit Kala Akademi in Delhi and museums in Germany and the USA.

He was honoured with the Padma Bhushan in 1955. Jamini Roy passed away in 1972 in Kolkata.

1998 ‘The Simplicity of a Pioneer’, The Window, Mumbai

rded Viceroys Gold Medal for ‘Mother Helping the Child to Cross the Pool’. Back to Artists View Artworks of Jamini Roy 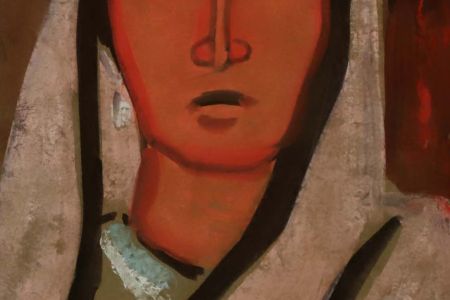 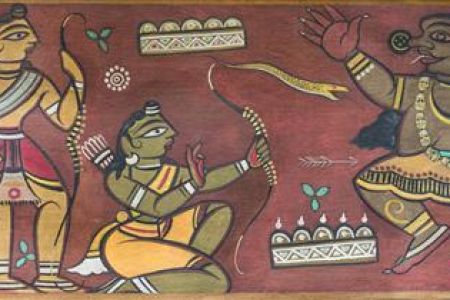 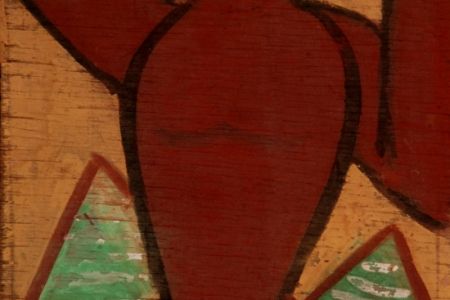 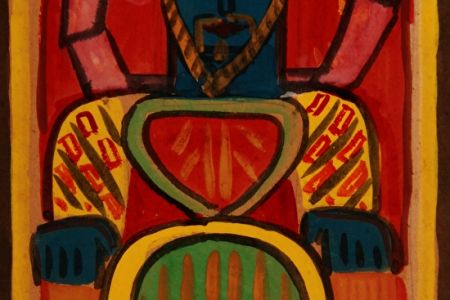