One of the subcontinent’s most distinguished artists, George Keyt was born in 1901 in Kandy in Sri Lanka. He has been acknowledged as Sri Lanka’s most celebrated modern painter who developed a deep interest in art, literature and music while he was pursuing his schooling at Trinity College. He started exhibiting in the 1920's and the work from this period is strongly influenced by Buddhist and Hindu iconography.

The 1930's saw him preoccupied with the depiction of episodes from the Buddhist Jataka or Birth stories, culminating in the representation of the life and times of the Buddha on the walls of the circumambulatory shrine room of Gautami Vihara in Borella in 1940. At the same time he was also exposed to myriad influences of Western art, in particular the early cubist landscapes of Picasso and Braque, as well as Picasso's distortion of the human figure. The uniqueness of George Key’ts work lied in the synthesis of these diverse influencesinto a distinct artistic language.

Keyt was part of the ‘43 Group, named as such as it was founded in the year 1943, which promoted art in Sri Lanka, and in the following years supported a number of young painters.

In1954, his work was exhibited at the ICA (London) by Sir Herbert Read and thereafter, the  exhibition travelled to the Art Institute of Rotterdam. His works can be found in the permanent collections of the Victoria and Albert Museum, London, The British Museum, as well as various public collections in India and Sri Lanka. Obituaries appeared in The Independent and The Times in England following his death in Colombo in 1993. Education Self-Taught

1946 Exhibition in India organized by Mulk Raj Anand, Anil de Silva and others

1970 Award for Services to the Nation in the Field of Art, Ceylon Society of Art

1950 Declined the Offer of the Order of the British Empire

Back to Artists View Artworks of George Keyt 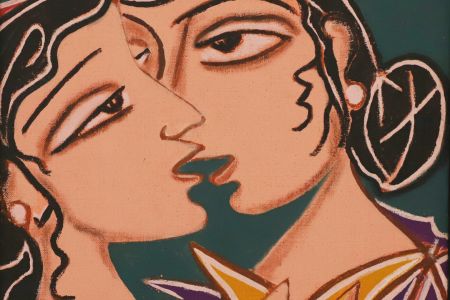 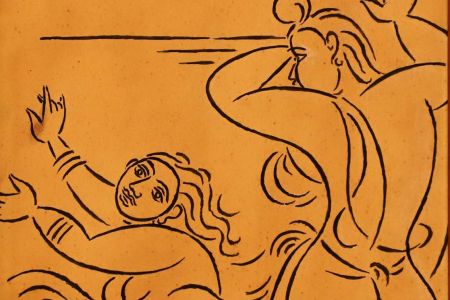