G.R Iranna View Artworks of G.R Iranna Back to Artist

G.R. Iranna was born in 1970 in the Sindgi district of Bijpaur, Karnataka. He acquired his Bachelor of Fine Arts Degree from the College of Visual Art, in Gulbarga in 1992. Two years later, he got his Master`s degree in painting from the College of Art, New Delhi. Between 1999 and 2000 he acted as artist-in-residence at Wimbledon School of Art, London. Many of Iranna`s paintings depict pain as an abstract force that is translated visually in bruised textures and razor sharp cutting edges. His painting has always been far removed from an overriding, postmodern logic. Instead, Iranna uses the idealistic, representative and modernist language of Indian contemporary art. His most recent works are all visions of resistance. A discerning eye sense the massive dynamic energy that pervades the surfaces. His work explores the tension between contraries and the conflicts are often enacted through the dramatic juxtaposition of one colour and other. Its as if the colours too are a part of that conflict ridden universe that the artist is trying to portray.

Iranna`s first one-man show was held in 1992 at the College of Visual Art, Gulbarga. Since then, he has shown at: Delhi Art Gallery and Jehangir Art Gallery, Mumbai in 1995; Gallery Espace, New Delhi in 1998; `In the Shadow of Buddha` at Gallery Martini, Hong Kong in 1999; Wimbledon School of Art, London in 2000; Maulana Azad Centre for Indian Culture, Cairo in 2000 and The British Council & The Guild Art Gallery in 2001. Iranna has also participated in several group shows including at the Chitra Kala Parishad, Bangalore in 1990; Schoo`s Gallery, Amsterdam, Holland in 1995; Vedanta Art Gallery, Chicago, U.S.A. in 1998; `Icons of the Millennium` at Gallery Lakeeren, Mumbai in 1999 and `Black & White` at Art Today, New Delhi in 2000. The artist has received national and international recognition throughout his career. His awards include those at the All India Exhibition in Mysore and the College of Visual Art, New Delhi in 1992-92, the Bansi Parmimu Memorial Committee, New Delhi and the Delhi College of Art in 1993. In the same year, he won the MF Husain and Ram Kumar selection award at `In Search of Talent` by Vadhera Art Gallery, New Delhi. He has also been honoured in 1997 with a National Award from the Lalit Kala Academy and the AIFACS Award, at the show `50 years of Art in Independent India` in New Delhi.

2007 ‘The Dance On the Horse', Berkley Square Gallery, London

2003 ‘Dream and Perplexity’, presented by The Guild at Chitrakala Parisath, Bangalore

1999 ‘In The Shadow of Buddha’, Gallery Martini, Hong Kong

2012 'The Contemporary Sultanate', presented by Exhibit 320 at One Style Mile, Olive, New Delhi

2011 'Skin Deep: The Art of Fibreglass', The Viewing Room, Mumbai

2009 'Astonishment of Being', Birla Academy of Art & Culture, Kolkata

2007 ‘Telling It Like It Is: The Indian Story’, The Gallery in Cork Street, London

2005 ‘We Are Like This Only’, Vadehra Art Gallery, New Delhi

2010 'Art Celebrates 2010', represented by Gallery Threshold at Lalit Kala Akademi, New Delhi to coincide with the hosting of the Commonwealth Games

2008 'Chaos in Order', mounted by Lalit Kala Akademi in association with the Ministry of Culture, Sports and Tourism of the Social Republic of Vietnam and the Embassy of India in Vietnam

Back to Artists View Artworks of G.R Iranna 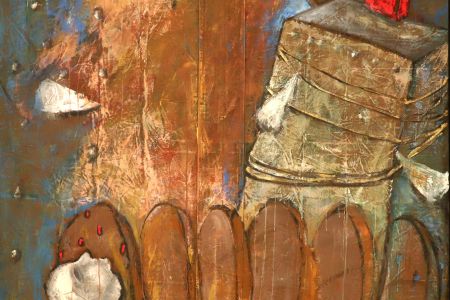 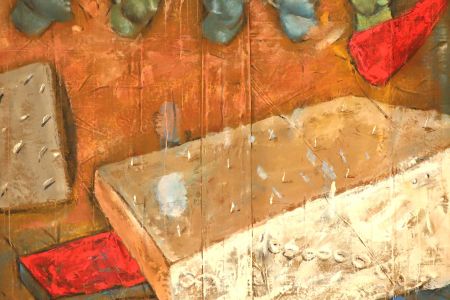