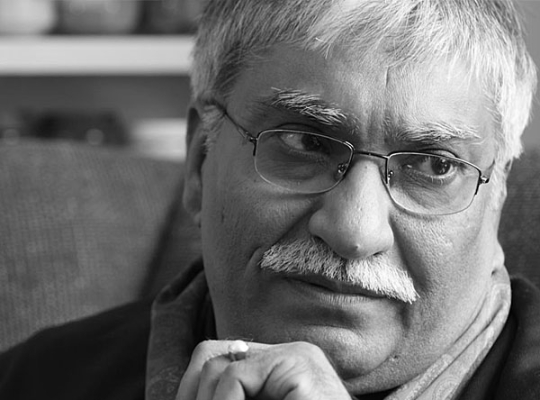 Sidharth View Artworks of Sidharth Back to Artist

R.K. Yadav was born at village Pratap Pura, Agra, and graduated in Commercial art from Delhi College of Art, in 1965.

RK Yadav’s works are centred on spirituality. He does visually evocative works that use spiritual symbols from the vast repository of Indian folk art, symbol of the sun, the Planets, etc.

Beginning with paintings based on the Zodiac that featured Lord Sun, the Rashis and Planets, he slowly moved to the Indian mode of spiritualism, wherein the outer is tested on the core of the inner and new insights are gained.

RK Yadav’s art is a soothing and harmonious manifestation of the devotional aspects of spirituality. As he symbolically uses images of Krishna and Meera in his works, his paintings become a metaphor of love as well as the point of intersection of love and devotion, which then becomes spirituality in its highest form . He has to his credit 50 solo shows in all parts of India, and several shows in U.S.A., Poland and Germany. He was awarded Senior Fellowship from Dept of Culture, Govt of India, in 1991, and Visiting Fellowship from British Council, London, 1988. The artist lives and works in New Delhi.

Graduated in Commercial Art from College of Art, New Delhi in 1965. Served as an Art Executive in D.A.V.P. Government of India, New Delhi. Awards National Award for stamp design on Mahatma Gandhi Centenary, New Delhi, 1969. First Prize and Trophy from Council on Dental Health,1977,1980. Union Township Chamber of Commerce, New Jersey, USA, 1994. Gold Medal and Certificate of Patronage on the occasion of 50th Anniversary of the United Nations, 1996. The India Academy of Fine Arts, Amritsar, 2005. Back to Artists View Artworks of Sidharth 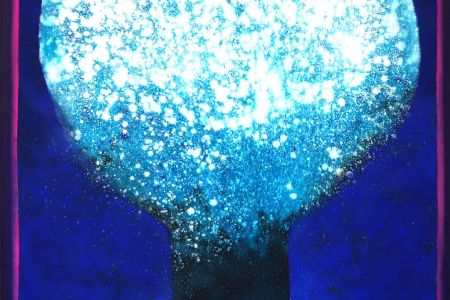 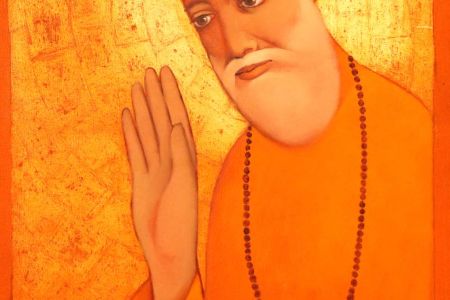