Achuttan Kudallur was born in 1945 in  Palghat, Kerala. He is a self taught artist with a degree in civil engineering. He was a part of Madras Art Club, which functioned within the Government College of Art, Chennai.

Achuttan Kudallur has been felicitated with many awards both in India and abroad. He was also the National Award winner in 1988. He has widely exhibited in India, Nepal, Dubai, Japan, Hongkong, and in Europe. Achuttan Kudallur has had solo exhibitions in India and Japan, He has participated in Ravi Jain Annual show at Dhoomimal Galley since 2003. He has also participated in the Nehru centenary show in New Delhi. He finds place in many prominent collections such as National Gallery of Modern Art, New Delhi, Gallerie Mueller and Plate, Germany as well as many other important individual and institutional collections.

Achuttan Kudallur’s works are instinctive and emotional in an intriguing sort of way. The works seems to be an embodiment of beautiful and surprising paradoxes, they seem to have a strong expressionist strain and at the same time seem like they are also the result of systematic thought. His works are almost algebraic decipherment and recreation of colour on the canvas where the dots, dashes, brackets and crosses are still visible in the final work.

He is known for his typical style of abstract landscaping- usually well structured and engaging. His brightness of colours such as reds and yellows attract as much attention as his strong abstract expressions. His work has received much acclaim. He lives and works in Chennai.

101 Months of The Noble Sage

LUSH: Art from India and Sri Lanka in green and brown

Back to Artists View Artworks of Achuthan Kudallur 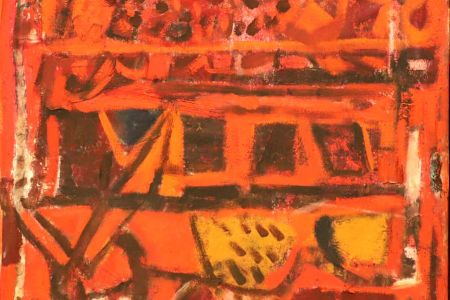 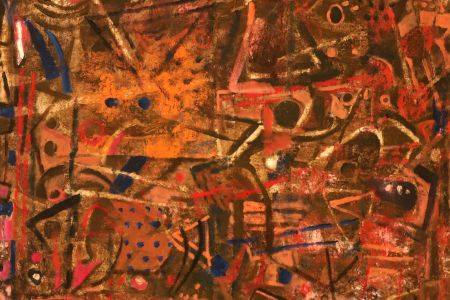 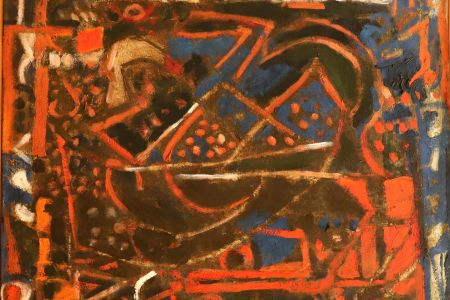 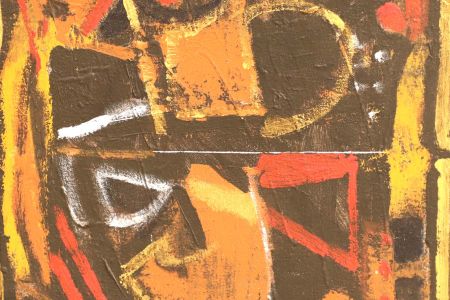 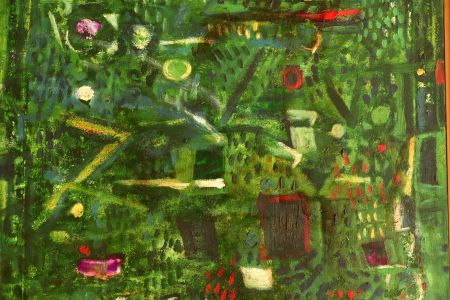