One of the most versatile modernists of our times, Krishen Khanna is known the world over for an artistic idiom that is structurally rooted in the aesthetics of  European modernism but its subject matter takes direct inspiration from the harsh socio-political reality of the artist’s times.

Krishen Khanna was born in in 1925 in Lyallpur ( now known as Faisalabad, Pakistan ). A largely self taught artist, he attended Imperial Service College in Windsor , England in 1940. The artist’s family shifted to India at the time of partition. Hanna arrived in Bombay in 1948 where he began a career in banking . In Bombay, he was invited to be a part of the now famous Progressive Artists’ Group. The first exhibition in which Khanna’s works were featured was one of the group’s exhibitions held in 1949. In 1955, he had his first solo show in Chennai and since then, he has been widely exhibiting in India and abroad.

One of the major turning points in Krishen Khanna’s life was the eyar 1961 when he left his 14 years of stint with banking to become a full time artist. With a Rockfeller Fellowship, he travelled to Japan in 1962 where he created a body of works with ink on rice paper, inspired by an ancient form of Chinese calligraphy.

In Krishan Khanna’s works, there is no schizophrenia, no masochism, no surreal fancy- flights, no   banal political comment, real or simulated. Bereft of any mannered stance or attitudinising, his paintings have the directness of reportage. However, the familiar threshold is only to lure the viewer into a world of classical restraint and grace. There is a refinement of the soul in Krishan Khanna which makes his figures eloquent and retrieves their dignity on the canvas from the throes of a dehumanising reality.

Krishen Khanna was felicitated with a Padmashri in 1990. He lives and works in New Delhi.

1986 Exhibition of drawings and paintings at Sarla Art Centre, Chennai

2003 Transition at UBS in London

1996 'The Mahabharata, The Card Player and The Scribe’, Kumar Gallery, New Delhi

1959 'Artists of Fame and of Promise', Leicester Galleries, London

2004 Lalit Kala Ratna from The President of India

1965 Fellowship of the Council for Economic and Cultural Affairs, New York

Back to Artists View Artworks of Krishen Khanna 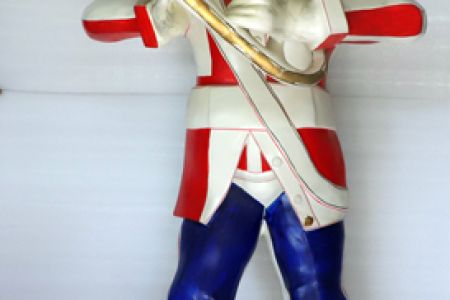 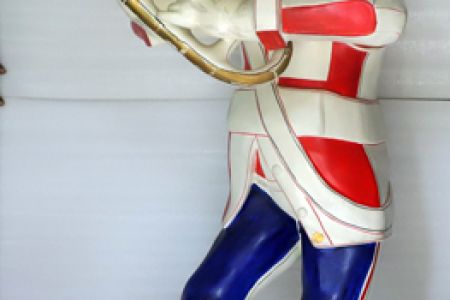 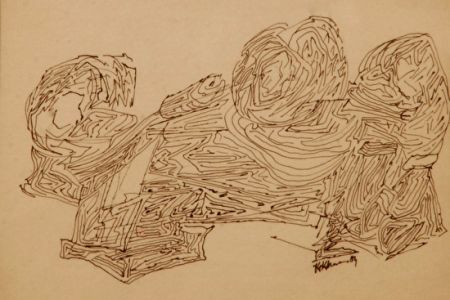