An eminent artist who has been working on the Indian art scene for over three decades now, Dilip Das Gupta is known for his dramatic and meticulous landscapes, both in oil and watercolours. His landscapes, with a tinge of romanticism are sheer poetry as they capture the exuberance of nature in all its nuances and intricacies. His landscapes capture the very consciousness of nature. And in his use of watercolours, he is specially known for bringing alive the surreal and sublime magic of the holy city of Varanasi, the Ganges in its soulful reverie, the ascetics of the city as well as the temples spilling over its banks.

Born in 1931 in the city of Shimla, he studied art first at the Delhi Polytechnic and then later at Naples, Italy. He has held over fifty solo showings of his work so far, all over India as well as in countries like Germany, Denmark, Malta, Nepal and Italy.

Dilip Dasgupta has been awarded numerous awards and honors, including the 1962 President`s Plaque at the annual exhibition organized by All India Fine Arts and Crafts Society (AIFACS), New Delhi; the National Award, Lalit Kala Akademi, New Delhi; and an Italian Government Scholarship in Painting. After retirement as Professor of Painting from the Faculty of Visual Arts, Banaras Hindu University, Dasgupta is concentrating on his paintings.

Solo Shows He has held more than 45 one man shows in India, Italy, Denmark, West Germany, Malta and in Nepal.

Awards He has been awarded by Italian Government Scholarship in Painting, he went to Lahaul and Spiti Valley on an expedition jointly organised by LKA and the Archaeological Survey of India (ASI).

Participation He received an invitation from the President, National Academy of Art, Republic of Korea, for participation in the Ist Asian International Art Exhibition.

Camps He attended All India Painters' Camp at Lucknow, organised by UP State, LKA, Lucknow and at Portblair (Andaman and Nicobar Islands), organised by LKA, New Delhi.

Collections His work can be found in collections in India and abroad.

At present he is working as a freelance artist in Varanasi, India.

Back to Artists View Artworks of Dilip Das Gupta 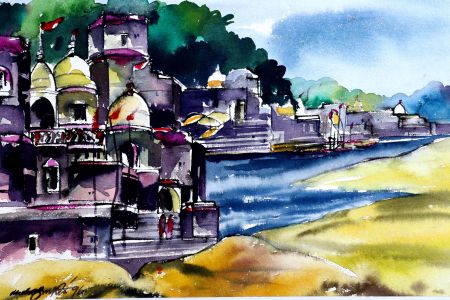 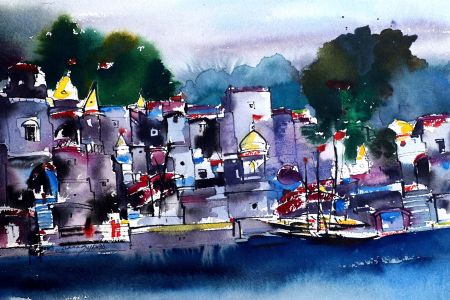 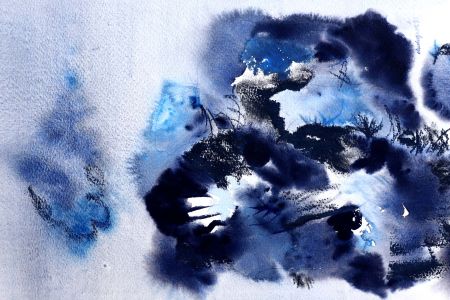