Bhabesh Sanyal was born in Assam in 1902. He studied at the Serampore College, Bengal. Later, he got a Diploma from the Government College of Art and Crafts, Calcutta. He worked as a teacher at the Mayo School of Art in Lahore after graduation. He came to Delhi during partition.

As an artist whose canvas ranged from portraying the lives of rural subjects to somewhat surreal landscapes to ironical self-portraits to works with animal figures, what ran parallel in all of his works was an effortless introspection and abstraction. Even when he was dealing with figurative material, the inner essence of things, the abstract came into his works. His works had that meditative spirit and the penetrating glance of philosophy.

When one looks at his landscapes in watercolours, one experiences the emotion of watching pure poetry in visual motion. His paintings are so rich in the texture of intuition and a quiet, serene refection that one gets a sense, a feel by looking at them that goes way beyond the tangible object portrayed.

In an attempt to deconstruct  Sanyal, the ‘artist’, one has to negotiate the vast terrain of his many roles and personas – visionary, institution builder, critical thinker, nature enthusiast and above all someone whose love for art connected with his love for common people.

Sanyal’s shift from Lahore to Calcutta was a pivotal point in his artistic journey. In his initial days, he found himself in a rather curious identity crisis. After a rather long series of adventures and misadventures in the city, the artist finally found his footing in the Lahore School of Fine Art, founded by him. And the school soon became a point of merger of the artist’s many facets.

From admitting promising students from poor families for free to breaking societal shackles and admitting burqa clad women as his students, Sanyal’s studio in Lahore became a sort of microcosm of his idealism – a space where his egalitarian, democratic spirit and his quest for making art and art education accessible to all found sufficient expression.

It was in Lahore that Sanyal was to meet his future spouse through Sarojini Naidu’s sister Mrinalini Chattopadhyay. So for the artist, Lahore became a pivotal point where the future course of his private life and his quest for public articulation of art seamlessly merged.

So even as partition physically uprooted Sanyal from his Lahore studio space and the city that had been hi ‘karmabhoomi ‘for so long, he never quite got uprooted from Lahore in his consciousness, the ideas of art and nurturing art he gave expression to in Lahore were to soon find a fresh lease of life in the Shilpi Chakra that he would start in Delhi.

For veteran artist BC Sanyal, engagement with art extended to all realms of artistic activity. While creating art was the quintessential part of his oeuvre, art education and shaping the establishment of Indian art scholarship went along. He was one of those rare artists who played a seminal role in the development of canon of art education in India. His travels all over the world closely observing and evaluating art movements and tendencies in Europe and America, as detailed in his autobiography further contributed to his bringing in contemporary global influences into theory and practice of Indian art.

1955 Advisor to Government of Nepal on Art Education

Back to Artists View Artworks of B.C. Sanyal 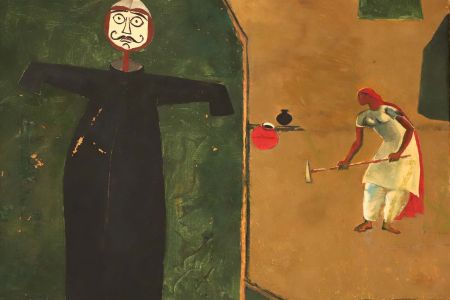 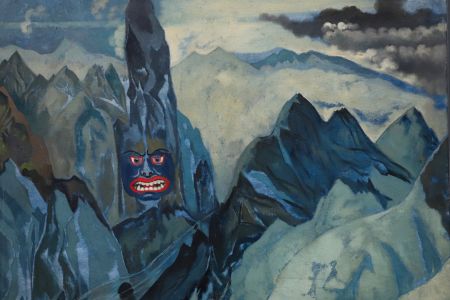 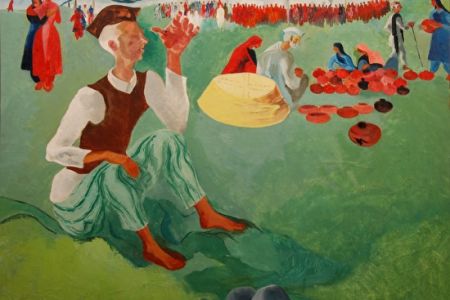 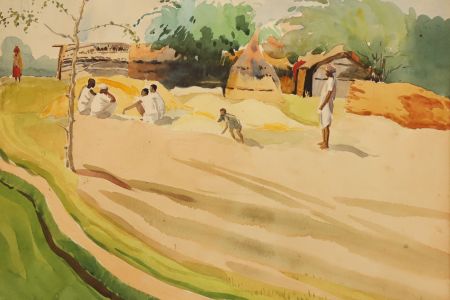 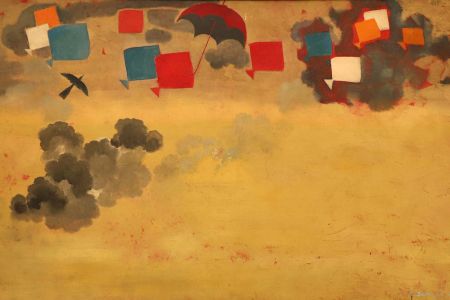 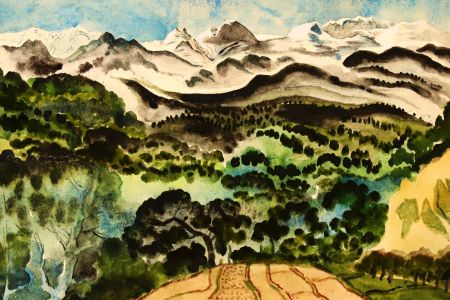 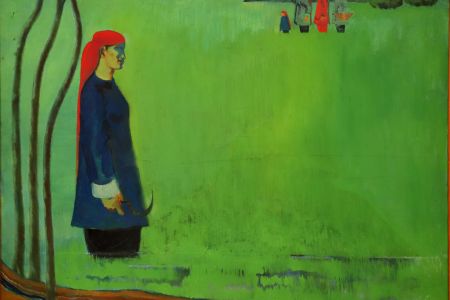