Born on the banks of Brahmaputra in Jamalpur, Mymensingh ( now in Bangaldesh ) in 1936, Ganesh Holi moved to Kolkata in 1950 following the partition of India. The trauma of the uprooting left a deep impact on his psyche, thus reflecting in his works. Haloi’s deep bonding with nature enabled him to communicate with the same in rather surreptitious and intuitive ways. The specialty of his works  lies in his ability to transform landscapes into mindscapes through the sheer force of his inner eye and imagination. Landscape is his major source of inspiration and he merges with the landscape in a way that he loses his own identity. The end result is creation of something that traverses the twin terrain of nature and human consciousness.

His initial work includes study of miniatures at Banasthali (Rajasthan) and copying Ajanta frescoes for six years. While his earlier work is dominated with landscapes, his later paintings reflect his introvert and philosophic temperament. Haloi's work shows his preoccupation with the theme of devastation or calamity and resilience.

Ganesh Haloi graduated from the Government College of Arts and Crafts, Kolkata in 1956. He then went on to work there as a teacher. After seven years of involvement in the Ajanta work, Haloi returned to work in Kolkata. He taught at the Government College of Art and Craft since 1963 until his retirement. Since 1971, he has been a member of the Society of Contemporary Artists. He has had numerous exhibitions in Kolkata in 1962, Melbourne in 1991and at Bose Pacia modern, New York in 1995. In 2002, his work was featured in an exhibition curated by Manjit Bawa at the Societe Asiatique, Gurgaon and in 2003, at the Chitrakoot Art Gallery, Kolkata. Haloi received the gold medal from Academy of Fine Arts, Kolkata in 1963-64 and 1970. In 1970, he was also conferred the Rabindra Bharati Award, Kolkata and in 1991, he was the recipient of the Shiromani Puraskar, conferred by the Government of India. Ganesh Haloi lives and works in Kolkata.

2005 ‘As Within So Without’, with Prabhakar Kolte, Art Musings, Mumbai

1967-95 Participated in the Exhibition’s at Birla Academy of Art and Culture, Kolkata and All India Fine Arts and Crafts Society (AIFACS), New Delhi.

1971-95 Exhibited with the 'Society of Contemporary Artists'.

Ministry of Health Government of India

Back to Artists View Artworks of Ganesh Haloi 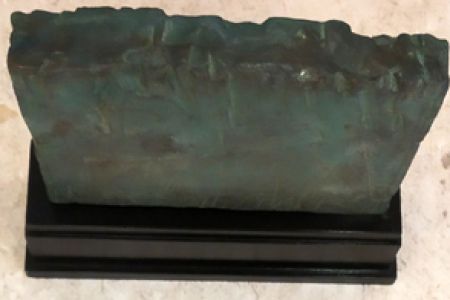