A painter, animator, installation and video artist, Subba Ghosh turns the convention of mainstream art on its head and invests arts with a strong cinematic language and uses the concept of hyper reality to make critical comments on politics, society and culture.

Born in 1964 in New Delhi, Subba Ghosh received his Bachelor's degree in Fine Arts from the College of Art there in 1984. Following this, he spent three years at the Surikov Institute of Fine Art in Moscow, and then returned to his alma mater in New Delhi to graduate with a Master's degree in 1990. Ghosh also received a second Master's degree from the Slade School of Art and Theoretical Studies, London, in 1996.  The artist has also been trained in puppet fabrication, web design and 3D animation.

What is most remarkable about Subba Ghosh’s works, as critics point out, is that in an age when artists are becoming somewhat alienated from the process of art making, he creates a distinct body of work that engages with the political through the sensorial experience of the hand drawn image.

He was the recipient of the National Award from the Lalit Kala Akademi in 1994 and also received the commonwealth scholarship to study in UK in the same year. Subba is the recipient of the Senior Fellowship from the Government of India.  Subba’s work has been shown in various national and international exhibitions in various countries and is in various public and private collections like the NGMA. Subba has had 4 solo shows. His work has also been featured in several group exhibitions in India and internationally. The artist lives and works in New Delhi.

1984-87 Study in the Faculty of Fine Arts, Surikov Institute of Fine Art, Moscow

2010 'Art Celebrates 2010: Sports and the City', represented by Anant Art Gallery at Lalit Kala Akademi, New Delhi to coincide with the hosting of the Commonwealth Games

1996 National Exhibition of Prints by the Printmaker’s Council, at Artrium Gallery, Whiteleys, London

1995 Group Show of Prints by the Indian Printmakers’ Guild at Birla Academy, Kolkata

Back to Artists View Artworks of Subba Ghosh 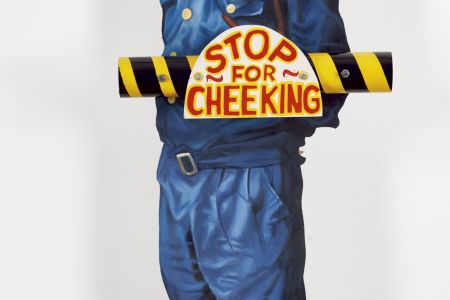