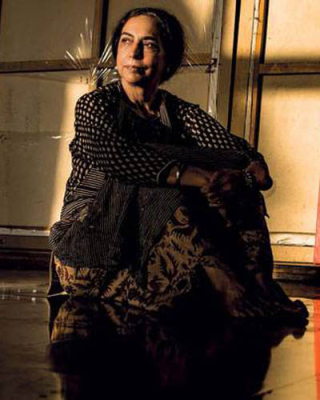 The highly celebrated artist, has a deep concern about serious issues of all times pertaining to women, and this is depicted with a tremendous dynamism and depth of feeling. The greatness of her works lies in its simplicity as she can depict the most complex subjects in the easiest of ways.

Arpana Kaur was born in New Delhi in 1954. She spent her college years studying literature but as an artist, she is mostly self taught. Her works exhibit a feminist perspective with portraits of women placed in a contemporary urban context. And yet, in her depiction o female characters, there is no overt emphasis on their sexuality, as is stereotypically thought of to be the case with female artists. Yet another strand that emerges in her work is a critique of political violence ( like Hiroshima, Partition of India , 1984 massacre of the Sikhs ).

Her artistic perspective has been deeply influenced by Punjabi literature and writers such as Amrita Pritam, Shiv Batalvi and Krishna Sobti were known to be regular visitors to her house. While the literature of Punjab contributed to the undertones of melancholy and pathos prevalent in her works, the technical side of her work was enriched by the inspiration she gained from the Pahari miniature tradition.

Arpana Kaur has widely exhibited across the globe since 1974. She has had solo shows in  Delhi, Mumbai, Calcutta, Bangalore and Chennai  as well as in galleries of London, Glasgow, Berlin, Amsterdam, Singapore, Munich, New York and in Stockholm and Copenhagen National Museum. Her works can be seen in the Museums of Modern Art in Delhi, Mumbai, Chandigarh, Dussedong, Singapore, Bradford, Stockholm, Hiroshima, Smithsonian Washington & Victoria and Albert Museum London. She has been extensively written about and filmed, invited to various countries and awarded, including a gold medal in VIth International Triennale 1986 in Delhi. She was commissioned by Hiroshima Museum of Modern Art to execute a large work for its permanent collection for the 50th Anniversary of the Holocaust in 1995, and by Bangalore City and the City of Hambury to do large non-commercial murals in public spaces. She also did three large non-commercial murals in Delhi. Today her paintings supports several projects for the underprivileged, including free vocational training in the Academy of Fine Arts and Literature of which she, along with her mother, the renowned writer Ajeet Cour, is the Founder Member, a leprosy home in Ghaziabab, and Sant Shri Sahib ji’s ration projects for poor and old widows all over the country.

Arpana Caur offers some large works that reveal a variety of images, themes and moods, some of them alluding to depressing human situations.

Back to Artists View Artworks of Arpana Caur 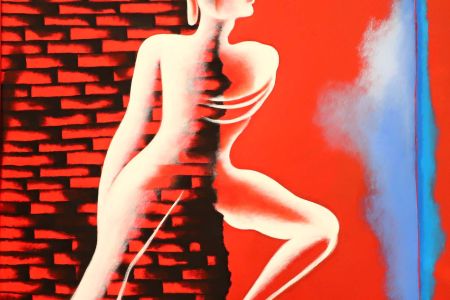 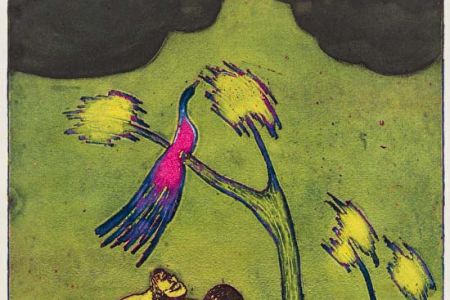 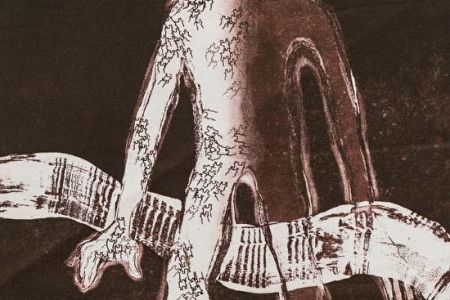 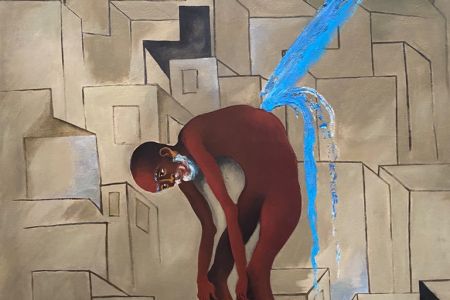 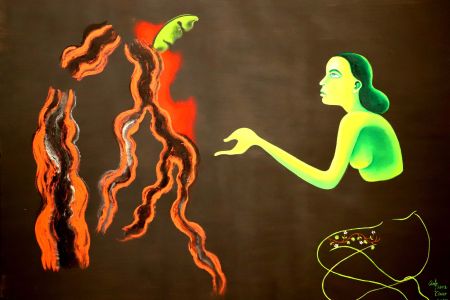 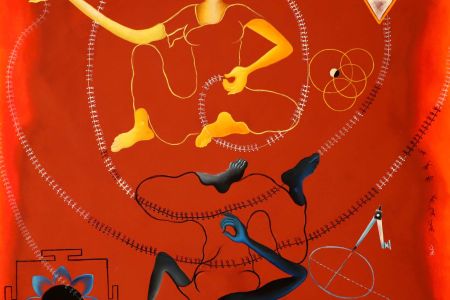 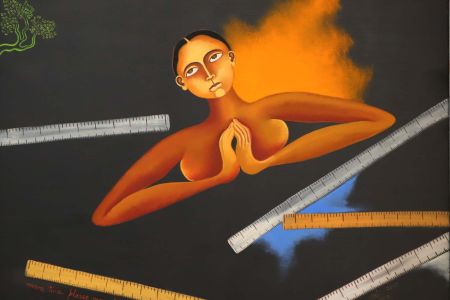 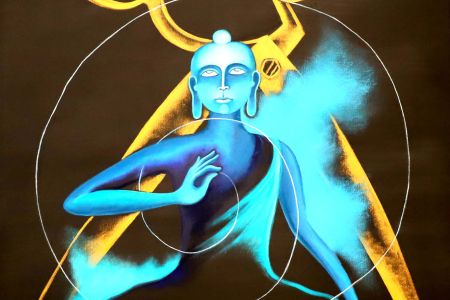 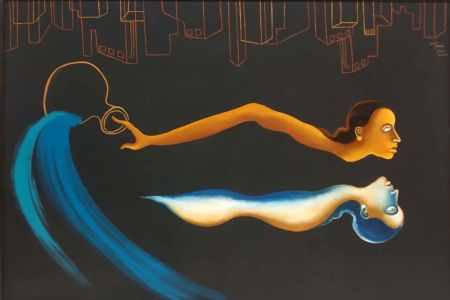 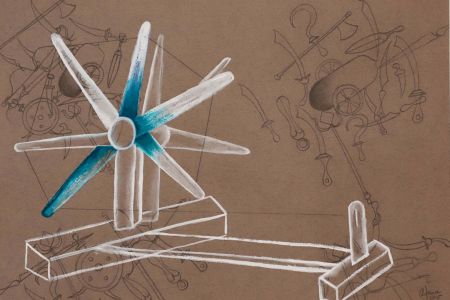 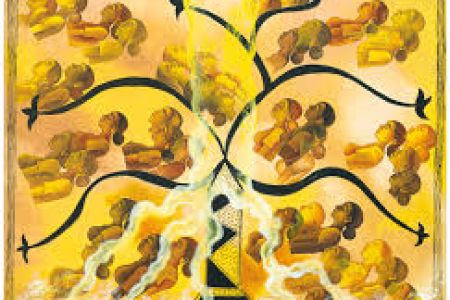