Born on 30th Dec. 1977, Suchit Sahni received a Diploma in Fine Arts from the Academy of Fine Arts, New Delhi. He has exhibited in a number of solo and group shows at many places.  He lives and works in New Delhi.

Suchit makes the city of Delhi a focal point of his artistic enquiry. He considers himself a stealer of images and for him, an artist keeps plundering the vast treasure trove of images both hidden and apparent in a city’s body. Suchit moves around the city of Delhi and from his moving car, he captures images of those places which had made an impression on his mind during his growing up years. These photographs that Suchit presents in this show both as an installation and a video projection, supply the artist with the primary sketches.

It is interesting to see how Suchit considers these photographs as a ‘starting point’. In artistic terms, he calls them ‘drawings’. Even a random comparison between the photographs that function as Suchit’s drawings with the final works in the display would reveal that in none of these paintings the artist transfers the same image as seen in the photographs. Through his double manipulation on the drawings he yields not only a new image but also a new reality, which is apparently experiential and for the viewer, true reminders of their own lived/living experiences now mediated through colors, forms and rhythmic movements.

Suchit Sahni has exhibited his works at a number of solo and group shows in New Delhi and Gurgaon.

Affordable Art Fair - Hong Kong at at HK Convention Centre, booth B02 with Art Cinnamon from 21st to 23rd March 2014

"Arty Party" with TAD ARTS from 19th - 26th of April at The Gallery on MG, Delhi

INDIA ON CANVAS (Charity Auction) with “Khushii”  at The Clarion Collection Hotel, New Delhi on January 10, 2012

Exhibition of Paintings & Sculptures created during the AIFACS Senior & Junior Artist Camp in March, 2012 at AIFACS, New Delhi from 8th to 14th June 2012

Back to Artists View Artworks of Suchit Sahni 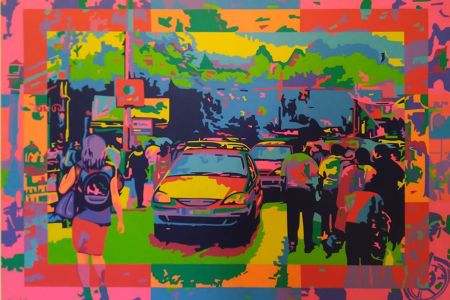 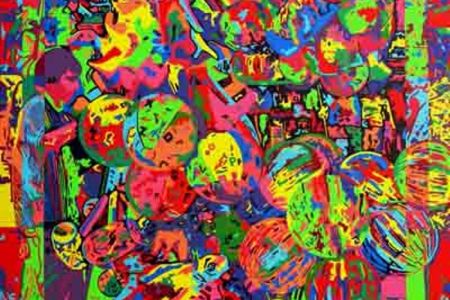