Biman Das View Artworks of Biman Das Back to Artist

Born on 1st January 1943 at Tamluk town of West Bengal, Biman Bihari Das secured a First Class (Distinction) in a Diploma in Modelling and Sculpture form the Government College of Art & Craft, Calcutta. He also passed a Teachers’ Training Art Appreciation Course ( History of Art ) from Calcutta University in 1967. He was a recipient of National Cultural Scholarship under Prof. Chintamoni Kar, Principal, Govt. College of Art And Craft, Calcutta during the period 1967 to 69. During 1973-74, he received the British Council Scholarship under Prof. Jeffrey Smedly, Department of Fine Art, Portsmouth, Polytechnic, UK.  Biman Bihari Das received ‘KALA VIBHUSAN” from All India Fine Arts and Craft Society (AIFACS) in 2001.

As a sculptor, he prefers to work with permanent materials like bronze, marble/stone and wood.

Biman has the ability to create magic with bronze. Out of the many works this sculptor has turned out to perfection are some of the ‘Naikas’ and which despite all modernity links them to the life enhancing the most spirit delighting expressions in the earlier Indian arts and literature. The impact of ‘naika’, when faithfully addressed by a dancer or a sculptor, is that we are suffused with purified sensations and so that what is based or gross in us, in our being, vanishes to leave us with distilled feeling. Above all these sculptures convey a lot of energy and the ways of growth.

Biman Bihari Das  has held more than 40 solo exhibitions since 1968 both in India and important International Art Centers such as New York and Budapest. He also recently held a 60-year retrospective with Art Pilgrim in Mumbai in 2014. He has been part of numerous group exhibitions and Biennales in India and abroad including Belgium, Seoul, Japan and Moscow. His works are a part of many prestigious collections of both India and abroad.

For his immense contribution to the field of art and sculpture, he was awarded the Padma Shri from the government of India in 2014.

The artist lives and works in both New Delhi and Kolkata.

Paris, Italy, Scotland, England, U.S.A. Egypt, Dubai, Hungary. Visited Mauritius as an expert for the monumental art project of Govt. of Mauritius and revisited the second time for supervision & installation of the bronze and marble bust of Pt. Nehru Ji and Poet Subramania Bharati respectively. Recent visit to Cambodia and Thailand. Berlin, Czechoslovakia, Vienna, Istanbul Back to Artists View Artworks of Biman Das 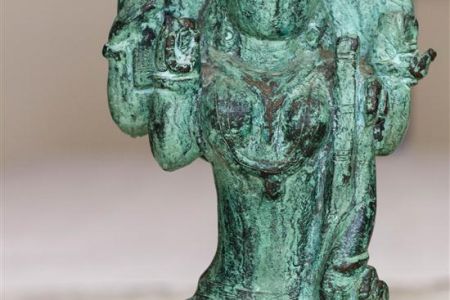