Born, 1942, at Bangladesh; artist Jagdish Dey graduated from School of Art, Delhi polytechnic in 1963, He then served as Faculty member, College of Art, New Delhi from 1965–2002.

Jagdish Dey’s early paintings were transformed landscapes, based on his flights of fancy. It showed in a surrealistic fashion, cloud like forms ethereally suspended in air. The whole situation was like a dream, where the real and unreal coexist.

The artist later moved onto figurative representations. These too are seeped in surrealism. Dey’s surreal portrayals of women in dream like sequences is distinct. Infact, he paints both men and women is a surrealist fashion, trying to capture the intricate music of their myriad moods and emotions. Yet another recurring motif in his work is that of the peacock that is often seen in the company of female figures. It acts as a means of communication between figures. He also uses the trope of the flying female figure in dreamlike mystic situations which helps create a harmonious relationship with the surroundings.

Back to Artists View Artworks of Jagadish Dey 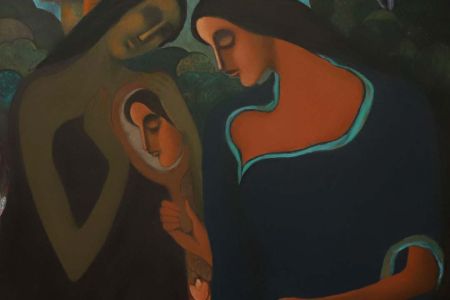 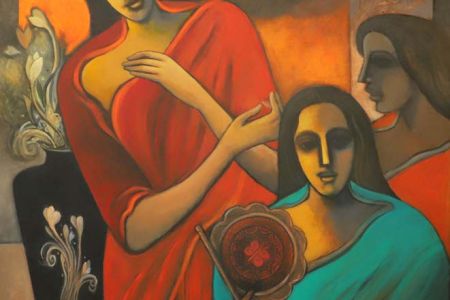