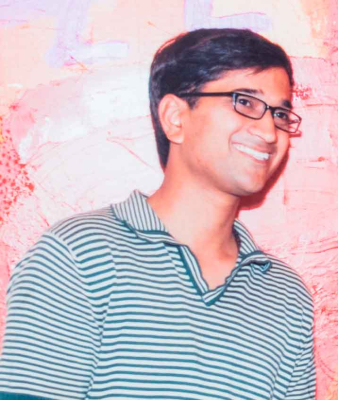 About Artist View Artworks of M.S.C. Satya Sai Back to Artist

Born in 1975 at Vishakapatnam, MSC Satya Sai received his BFA in Painting from Jawaharlal Nehru Technological University College of Fine Arts ( JNTU), Hyderabad and MFA from Jamia Milia Islamia, New Delhi. The artist works with a range of media including paintings, photography, digital media and mixed media. He draws on his experiences and real life encounters in the Indian metro. The concepts are then developed and re presented , often as photo representational compositions, indigenous and iconic imagery is bought alive with anointed and symbolic use of material and colours.

MSC Satya Sai’s work has been featured in exhibitions at Los Angeles, at the Air Gallery in London, at Tashkent, Toronto, Germany, Karachi, Colombo and New York, besides in cities across India. The runner up of Bose Pacia Emerging Artist Award and winner of Ravi Jain Memorial, AIFACS, and Hyderabad Art Society awards, he was also commissioned by Virgin Atlantic Airways to make a commemorative painting for their flight operations planning symposium.

2005 — group show at the residence of German Ambassador, Tashkent.

2003 — “Flags of Peace” works by artists from India and Pakistan, Karachi.

2006 — “A Compensation for what has been lost”, Travancore Art gallery, Delhi.

2005 — “Making of India” by SAHMAT at JNU School of Art and Aesthetics, Delhi.

2002 — A Slide presentation of personal works at Faculty of Fine Arts,

2005 —  “Artist in residence & workshop” at the residence of German Ambassador to Uzbekistan, Tashkent, Uzbekistan.

2006 — Introduced by NDTV as “One of the young promising artists of India” in the program “Mission admission-2006.”

2002 — Placed in, Top Ten Young, upcoming artist of India, "Where to put your money", "A Handy Guide to Investing in Art" reviewed in The Times of India, Financial Times dated, April 23, 2002.

Back to Artists View Artworks of M.S.C. Satya Sai