His artistic journey has the semblance of poetry. Inspired by pre-historic paintings and the old houses, sculptures and temples of his birth place, Sachida Nagdev is known to be one of the stalwarts of modern Indian art who not only gave it a distinctive and unique identity, rooted in the ethos of Indian aesthetics but also beautifully blended abstraction into the texture of a miniature style.

Born on 25th October, 1939 in the city of Ujjain ( Madhya Pradesh), Sachida Nagdev received his early training in art under the tutelage of local signboard painters . Infact, this training began when he was just 9 years old. He studied Fine Arts at Bharti Kala Bhavan, Ujjain under the guidance of Dr V.S. Wakankar, renowned archaeologist and artist and discovered and copied pre-historic rock shelter and paintings. He passed a General Diploma in Art from the Sir J.J. School of Art, Bombay in 1961. He completed an MA in ancient Indian History and Culture in 1962 and M.A. in Painting from Vikram University, Ujjain in 1970. He was also awarded the Amrita Shergil Fellowship of the Madhya Pradesh government in 1976 and Government of India Senior Fellowship in 1997.

Critics have remarked upon Sachida Nagdev’s extraordinary aptitude for colours. The colourful landscapes of Malwa with people in their traditional attire and settings came to life in his paintings. He is also known for his enchanting and poignant depiction of the city of Bhopal. His paintings were  profound manifestations of impressions of his travels across the country from Kashmir to Kanyakumari as well as travels outside the country. He also used his works to comment on painful events of history such as the Bhopal Gas Tragedy that shook the city in 1984.

Nagdev has held more than 30 one-man exhibitions in most major cities in India and in France, Germany and Japan. He is the recipient of many awards and his paintings are at the National Gallery of Modern Art, New Delhi and the Contemporary Art Museum at Osaka, Japan. Sachida Nagdev’s honours include receiving the first Amrita Shergill Fellowship from the Government of Madhya Pradesh for creative art in 1976 and a Government of India fellowship in 1984-86 for research in the area of India’s painting traditions.

This artist has widely travelled in India, Nepal, Europe, Japan and Middle East and has exhibited his works in national and international level exhibitions. He has also won the Yomiuri Telecasting Award at the Osaka Triennale of 1990 in Japan. 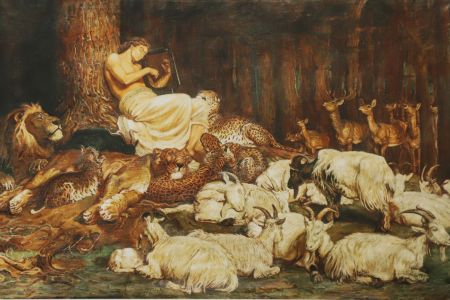