Meera Mukherjee was born in 1923 in Kolkata. She began studying at the Indian School of Orinetal Art there at the age off 14. She enrolled at the Delhi Polytechnic in 1947 from where she secured a diploma in painting, graphics and sculpture. In 19533, she travelled to Germany to study painting at the Hochschule for Bildende Kuenste in Munich. However, after a single term, she switched over to sculpture, something that would become her lifelong calling and would make her win accolades across the world.

Meera Mukherjee was deeply influenced by the traditional Dhokra sculptures of Bastar in Chhatisgarh. She innovated her own process for bronze casting after learning the Dhokra or lost wax method. Her method required first sculpting the wroks in wax, in order to preserve the tactile nature of the material, then building it up and adding surface decoration using wax strips and rolls. Despite the hardness of the bronze, its finish in her works appaears delicate, organic and malleable, imbuing the work with a unique kind of lyricism and rhythym,

In her sculptures, Meeera Mukherjee imaginatively intertwines scenes from the live sof common people with elements of Bengali calligraphy, nature, music and dance. Many of the sculptures are based on common people doing day to day chores. Her subjects include fishermen, weavers, women stictching labourers and other workers.

Meera Mukherjee touches a spiritual plane through her sculptures. Through these, she celebrates the spirit of humanism as well the yearning of human spirit to go beyond the mundane and embrace the magical, the sublime.

The artist has many awards and accolades to her credit. She received the prestigious Padma Shri from the Government of India in 1992, Press Award for the Master Craftsman in 1968, from the President of Inddia and the Abanindranath Award from the West Bengal government in 1981.

Meera Mukherjee passed away in 1998.

2012 'Meera Mukherjee: A World in Bronze', supported by the ICCR (Indian Council for Cultural Relations)and held by Akar Prakar Gallery, Kolkata and the Buchheim Museum in cooperation with the Indian Institute, Munich at Buchheim Museum, Bernried, Germany

2008 'Santhal Family: Positions Around an Indian Sculpture', in association with Bodhi Art, and supported by the British Council, Kunststiftung NRW and the Provence of Antwerp at Museum of Contemporary Art Antwerp (MuKHA), Belgium

2004 ‘The Margi and the Desi: Between Tradition and Modernity’, presented by Gallery Espace at Lalit Kala Akademi, New Delhi

Back to Artists View Artworks of Meera Mukherjee 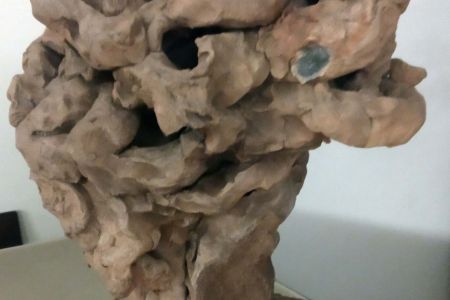