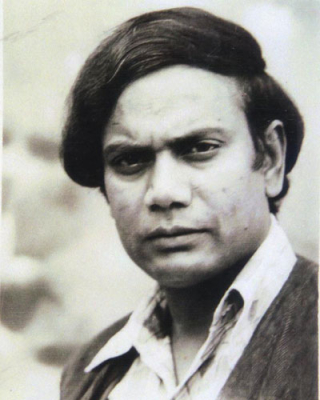 Satish Chandra was born in 1941 in Ghaziabad, Uttar Pradesh. He graduated in Fine Arts from the College of Arts & Crafts, Lucknow in 1963. He also completed Post Graduation in Landscape and Watercolor painting in I964.

He has held One Man shows since 1963. He has been the recipient of numerous prestigious awards including the All India Academy of Fine Art, Calcutta (Award) and the National Award LKA (1989 ). Satish Chandra has participated in many national and international collective exhibitions; many one-man exhibitions. His works can be found in the collections of museums and individuals in India and abroad.

Satish Chandra was a landscape artist par excellence. To quote Ranjit Hoskote, a well known art critic, " Satish Chandra lures the sleeping earth into springing up in fire: Smouldering orange soil sears into auburn bushes which themselves spread into tree bursts, the viridian tinged with bronze where the autumn light catches it. And when we see this, our exile from the scenes from sylvan glory, we know that we are not presented with a facile, theatrical encapsulation of nature for urban consumption, but a deeply poignant knowledge of what we have lost."

Satish Chandra’s love for nature took root during his childhood only, something that was to later become a strong inspiring force behind his creations. His childhood was spent in the town of Khurja in Uttar Pradesh where he lived with his family in their ancestral haveli. The haveli was located in the lap of nature surrounded by lush green fields, lakes, meadows, fruit orchards, etc. So this natural setting became a building block for his landscape paintings. He was also very much influenced by his travels and the people he met during travel. The unique architecture of the local houses made of wood and stone, temple with different size bells, all these vistas fuelled his imagination.

Back to Artists View Artworks of Satish Chandra