An established Indian artist and poet, Umesh Varma is prestigious painter and printmaker.

Born in 1935 in Banda district of Uttar Pradesh, he secured a BSc degree from Allahabad        University in 1957. He further studied painting at School of Art, Delhi Polytechnic during 1958 to 63.

Umesh Verma has been exhibiting since 1961. He has had Ten one man shows abroad including two in Tokyo, more than seven shows in India including a retrospective of works from 1955-95, Dhoomimal Gallery, 1995 & participated in more than sixty five important group exhibitions including the show of THE six at A.I.F.A.C.S., 1961-62, Founder member show of GROUP 8 at A.I.F.A.C.S., 1968, Delhi Shilpi Chakra Annual exhibitions, 1963, 1968, 1969, National Exhibition LKA since, 1964, A.I.F.A.C.S. annuals, Academy of fine arts, Kolkata, India international centre, Delhi, He has participated  in various group shows of national international stature.

The symbols of Umesh Verma’s paintings are drawn from the vast repertoire of local culture.

Back to Artists View Artworks of Umesh Verma 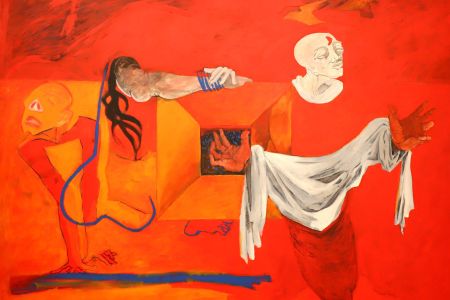 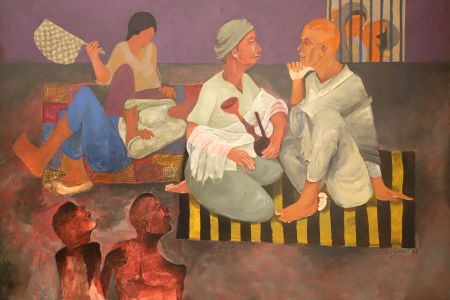