Latika Katt (born 1948) is an Indian sculptor who specializes in stone carving, metal casting and bronze sculpting. She is most notable for winning the Beijing Art Bienalle Award. One of India’s leading sculptors, Latika straddles the traditional and the experimental terrains in her works. She is also one of the rare female sculptors of India to create a distinct identity into this hitherto male bastion of art.

Latika graduated from The Doon School, an all-boys school in Dehradun. She has admitted that being a minority in an all-boys school gave her confidence and courage in her later years. She then moved on to Baroda College of Art to pursue Bachelor's in Fine Art, where she graduated with First Class honours in 1971. Her talent was spotted by Indira Gandhi during an art exhibition, who later encouraged her to take sculpting as a profession. She taught at Jamia Millia Islamia and Banaras Hindu University for many years starting 1981 and is currently the Head of Department of Fine Arts at Jamia Millia Islamia.

Living in Banaras exposed her to the cycle of life and death more closely. Not surprising not only its ghats “a universe in itself” recur in her sculptural journey but also growth and decay. And as insect life fascinates this daughter of a Botanist more than human life, termites and beehives become some of her subjects. Her constant muse is the omnipresent nature that appears in her creative process with a vibrancy and organic force few can emulate. Banana plantations, cabbage fields of China, snow flakes of Canada often trigger her creative process.

She lives and works from Delhi and Varanasi.

·  Honoured as one of the Five Distinguished Women of Baroda, 1975.

Back to Artists View Artworks of Latika Katt 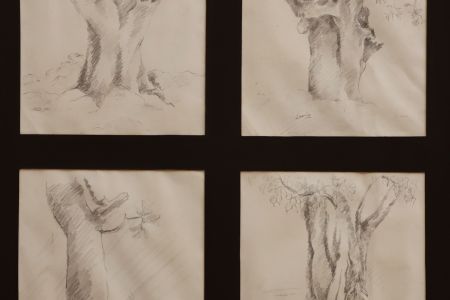