He is considered by many as one of the major Indian artists of the 20th    century. A painter and sculptor, Shanti Dave is known both for his paintings as well as his large murals that adorn the walls of art institutions and public spaces across the world.

Shanti Dave was born in Ahmadabad in 1931. He lived in the village of Badpura in north Gujarat alongwith his mother and brother. He joined the Faculty of Fine Arts of the MS University in Baroda in 1950. It was from this faculty that he secured both his undergraduate and postgraduate degree in Fine Arts.

Shanti Dave is also known to be one of the 1st Indian artists who broke the mould in terms of experimentation via using different types of mediums on canvas. He moved beyond the traditional use of oil and acrylics and was able to lend his works a distinct synergy and aura in mediums of his choice. Shanti Dave’s concerns are modernist as is evident from his works. A formal abstraction with a focus on the medium takes precedence over any focus on ideological concerns.

Even today, he is respected across the world for his large wall murals. He was commissioned and flown by Air India to decorate its offices in Frankfurt and Sydney. He also painted a unique mural in the VIP lounge of an airport in New York. The mural depicted his village roots and the trials and tribulations his family faced during his upbringing.

Shanti Dave has exhibited widely both in India and abroad. He has been a part of prestigious international shows like the South East Asia Art Exhibition in the Philippines ( 1957 ), the International Graphic Exhibition in Switzerland ( 1960 ), the Commonwealth Exhibition in London ( 1962), etc.

The artist has been a proud recipient of ‘Padmashri’ and the National Art Academy Award on three occasions in 1956, 57 and 58 respectively.

1971 Traveling Exhibition of Indian Art to Japan and South America

Back to Artists View Artworks of Shanti Dave 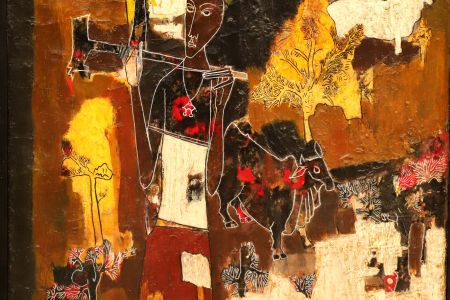 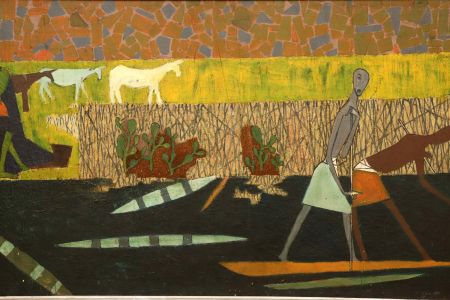 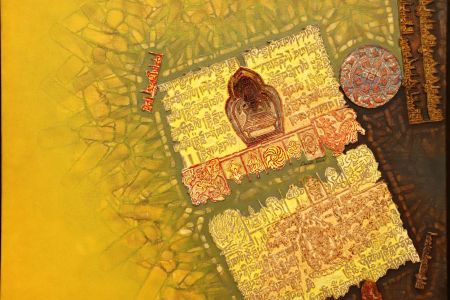