Born in 1958 in Kolkata, Sanjay Bhattacharya received his Diploma in Art from Government College of Arts and Crafts, Kolkata in 1982. After completing his graduation, he joined Clarion add agency as an illustrator. He later joined Hindustan Thomsan Associates where he had the freedom to freelance. It was while working here that he created a series of watercolours for his first exhibition, based on architecture and still life.

The artist’s first inspiration was the character ‘Phantom’ of the famous Phantom comic series! But Sanjay, one of the most gifted students of realist painter Bikash Bhattacharya, soon moved from the realms of fantasy into the solid ground of realism.

Sanjay Bhattcahrya’s works, both in oil paints and water colours are a unique embodiment of the soul of the city of Kolkata. Taking their subject matter from the middle class people of Kolkata and their conditions of living, his works offer a poignant portrait of the lived realities of urban existence in India. Some of his works showcase middle class subjects who are almost on the verge of poverty and while through his works, he captures the vulnerability of the subjects, he never tends to fetishise or exoticise his subjects or the idea of poverty. He gives them a dignity on the canvas they so well deserve. And that’s where the greatness of Sanjay Bhattacharya’s art lies.

A lot of his work in inspired by inner and outer realities evoked by architectural elements. The metaphor of old, vacant houses is recurrent in his works.

Sanjay's figurative images are quite close to those found in the works of the Dutch realist painters or the French 18th century painters.

He has widely exhibited in shows in both India and abroad.

Back to Artists View Artworks of Sanjay Bhattacharya 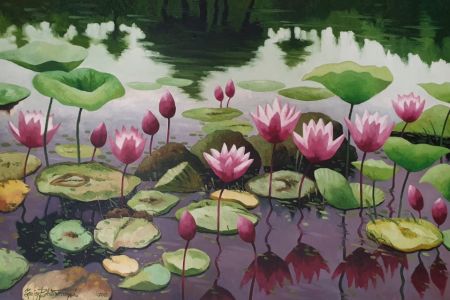 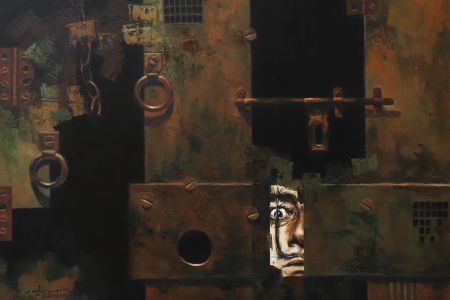 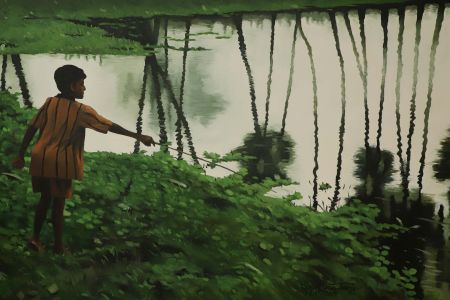 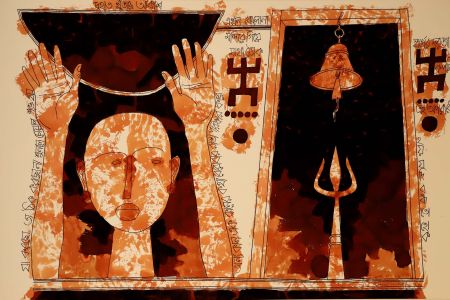 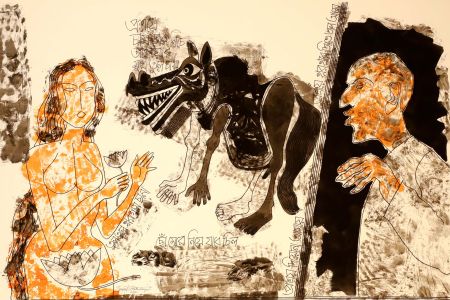