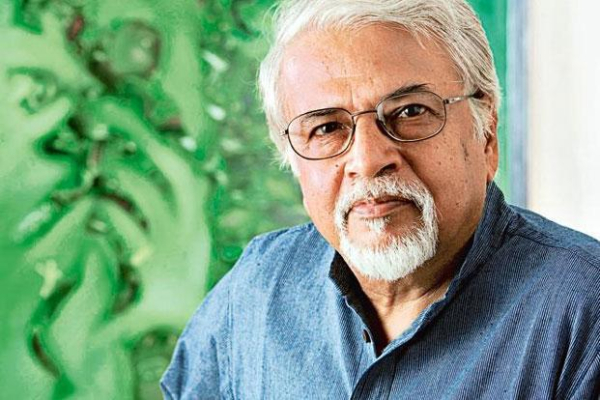 Born in Mysore, Karnataka in 1941, SG Vasudev received recognition as an artist relatively early. He was still a student, studying at the Government College of Art, Madras when he was awarded a National Scholarship by the government of India in 1964. He subsequently received a National Award from the All India Lalit Kala Akademi in 1967.

Working with a variety of mediums including drawings, paintings and reliefs in copper, SG Vasudev’s art become a point of intersection of arts and traditional crafts as he uses intricate material and techniques from the rich repository of Indian crafts’ to create magnificent artworks that are quintessentially Indian in in their look and sensibility and exude a dramatic quality and a sort of a grandeur.

He is most well known for his ‘Vriksha’ or ‘Tree of Life’ series which evolved over a decade and eventually culminated into the Tree of Life and Death in the latter half of the 1980’s. The artist later explored the theme of ‘Maithuna’ which essentially means the union between the female and thee male principles – the prakriti and the purusha – that exist in nature, in sort of yin yang fusion of being. SG Vasudev bought to life the essence of man -woman relationship through a series of drawings, paintings and copper reliefs using contrasting forms and colours. Eventually, his trees grew into faces title ‘Humanscapes’ and ‘Earthscapes’.

He has been felicitated by a number of prestigious awards including those instituted by India’s National Academy of Art, the State Academies of Art in Karnataka and Tamil Nadu and the Government of Karnataka.

SG Vasudev is a founder member of the Cholamandal Artists’ Village, Madras where he lived and worked till 1989. He now lives and works in Bangalore.

2008 'She', organized by Crimson Art Resource at Hatworks Boulevard, Bangalore

1995 Exhibition-Auction, Save the Children, Mumbai

1965,72 All India Exhibition of Art, Academy of Fine Arts, Kolkata

Back to Artists View Artworks of S.G. Vasudev 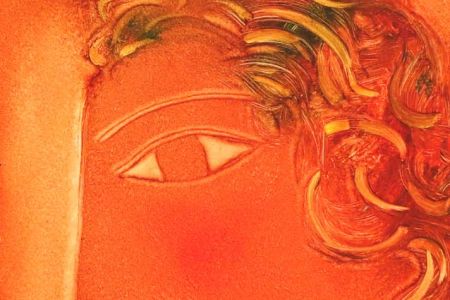