His inspiration comes almost exclusively from the Ramayana and the Mahabharata while his artistic lineage traceable to such great modern masters of line and colour as Dufy, Matisse and Klee. Reddappa Naidu feels perfectly at home in the world of gods and goddesses who naturally come alive in his canvases where one sees an exquisite blend of spiritual vision and contemporary idiom.

Born in 1932 at Kapulapalem in the East Godavari district of Andhra Pradesh, Reddappa Naidu completed his formal education from Kakinada, Andhra Pradesh. He secured a 1st Class Diploma in Fine Arts from the Government School of Arts and Crafts in Madras in 1960. He was awarded the Government of India Cultural Scholarship in Painting from March 1960 to December 1962. He won the National Award in 1962.

His works have been represented in the collection of Lalit Kala Akademi. He held his first exhibition in 1958 in Chennai.

Reddappa Naidu passed away in 1999.

1989 'Retrospective', The Grindlay's Art Gallery and The Gallery, Chennai

1983 Organized by Mahindra and Mahindra at Jehangir Art Gallery, Mumbai

1967 Contemporary Indian Art Exhibition., London and other parts of Europe

1960-62 Cultural Scholarship in Painting from Government of India

Back to Artists View Artworks of Reddappa Naidu 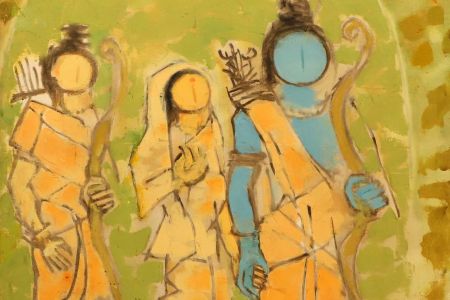 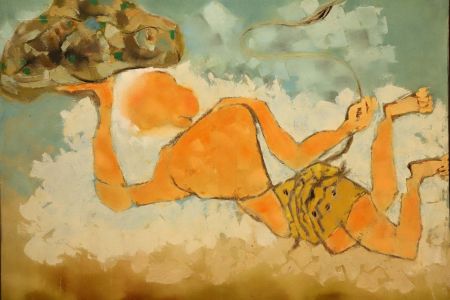