P Mansaram was born in Mount Abu in 1934. He secured a Diploma in Art from Sir J.J. school of Art, Mumbai. He also studied at the College of Education, University of Toronto, Canada, State Academy of Fine Arts, Amsterdam.

Soon after Mansaram immigrated to Canada in 1966, he became friends with the world famous media theorist Marshall McLuhan. A productive working relationship developed, leading to collaborations on several projects. In the late 1960ʼs and early 1970ʼs Mansaramʼs work, (inspired by and created with McLuhan), was exhibited at the Picture Loan Gallery. During this period he also organized happenings at the eminent Isaacs Gallery in Toronto. The Rear View Mirror series of collages, collaborative paintings, ﬁlms, audio, and performances were shown and were well documented. Forty years later, this same work, along with recent projects, was featured at Ed Video Gallery.

P. Mansaram combines Indian sensibilities with those of the modern times. This approach is rather graphic and is often the metrically oriented. He makes frequent trips to India and paints during his sojourn.

Back to Artists View Artworks of P. Mansaram 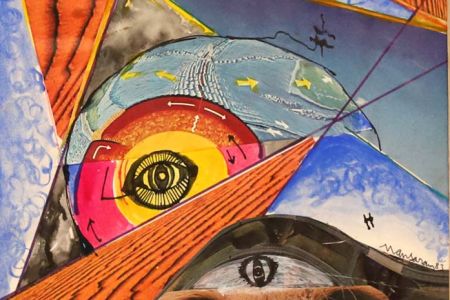 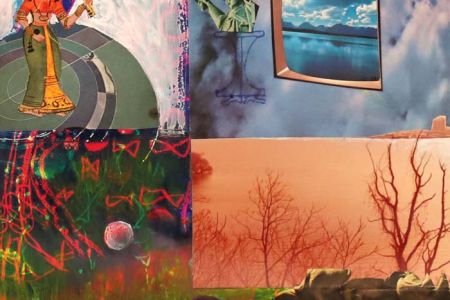