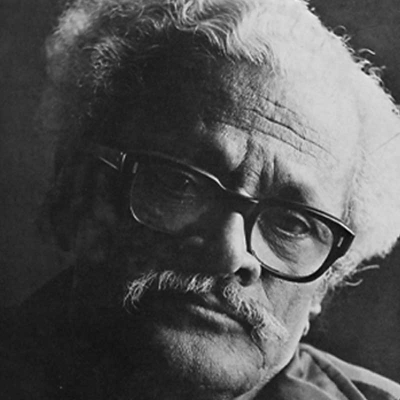 P.T. Reddy View Artworks of P.T. Reddy Back to Artist

Born into a family of farmers in Karimnagar district of Andhra Pradesh in 1915, PT Reddy ( Pakhal Tirumal Reddy ) took a passionate interest in art from a very early age. So much so that he rebelled against farming as a professional practice and joined Sir J.J. School of Art. With the help of a scholarship, he earned his Diploma in Arts in 1939. PT Reddy formed the ‘Contemporary Painters of Bombay’ group in 1941 alongwith other artists.

The artist in his formative period, largely engaged with realism. By 1930’s he found his own distinct mode of painting exploring several kinds of art practices. He drew a lot from classical Indian thought and Post-Impressionist art and created innumerable drawings, paintings and sculptures defining his own iconographic imagery. Reddy’s alluring sculptures show a mature style imbibing Indian spirituality.

His versatile character is evident in all mediums as he did not hesitate to appropriate styles ranging from primitive to Western Modernism. Thus, his effort has resulted in a heterogenic style comprising of Impressionism, Cubism, Abstract and Tantric art. In 40’s, the subject matters were indisputably Indian, yet depicted in a variety of modern European styles but soon after independence in 1947, he began relooking at Indian artistic traditions for new source knowledge reacting to norms of hegemonic Western Modernism.

PT Reddy received many gold, silver and bronze medals from various art societies, including the Dolly Cursetjee award and Mayo scholarship for murals. He has received numerous other awards from other institutions including Academy of Fine Arts, Calcutta and Andhra Pradesh Lalit Kala Akademi and became a fellow of the Sir J. J. School of Art in 1941.

The artist passed away in 1996. His daughter now continues to run the Sudharma Art gallery that he founded.

Back to Artists View Artworks of P.T. Reddy 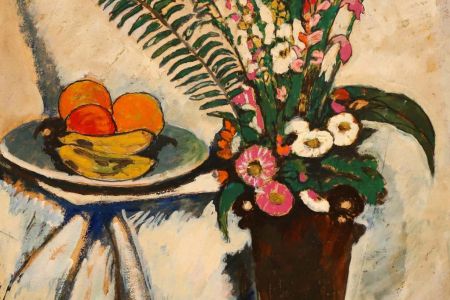