Ram Kumar View Artworks of Ram Kumar Back to Artist

He is one of those artists whose work is difficult to be placed, rather frozen within the simplistic narratives that have developed around modern Indian art. Although Ram Kumar, much like many other artists from the subcontinent who studied in Paris in the 1950’s, returned from Europe with a semi figurative style that drew on post-cubism, he eventually chose to abandon the same to begin working almost exclusively with the motifs of abstract cityscapes and landscapes.

Born in 1924 in Simla, Ram Kumar was among India’s leading modernists. He studied Economics at St. Stephen’s College, New Delhi, in 1946. Following this, he went to Paris to study painting under Andre Lhote and Fernard Leger in 1949-1952.

When he was studying Economics at St Stephens College, young Ram Kumar would often visit the art exhibitions in the galleries around the Mandi House area during lunch breaks. As these visits became more frequent, he realised his passion for art was not just restricted to appreciating art but practicing the form himself.

Kumar begin by studying art at Sarada Ukil School of Art in New Delhi. Then, fate took over and the talented young artist soon found his way to Paris to study painting. It was in Paris that he began to produce his early figurative works that marked his obsession with the human form, especially the face.

On his return to India, he became friends with the art critic Richard Bartholomew and began to regularly exhibit with the Delhi Silpi Chakra, thus becoming one of India’s emerging young painters by the mid-fifties. He received the National Award in 1956 and 1958 and was awarded the Padma Shri by the Indian government in 1971. Ram Kumar was also a prolific Hindi writer.

A turning point in his art career came in 1960 when Ram Kumar visited Varanasi with M.F. Hussain in 1960. This led to a significant change in his style. Dark colours were abandoned, and blues, greys and tawny yellows took over. The widows of Banaras, the sorrow of humanity and the eternal echo of the life cycle of death and birth inspired Ram Kumar’s work in a new direction and thus begin the journey of looking inwards through landscapes.

Like several first-generation post-colonial artists such as F.N. Souza, S.H. Raza and Paritosh Sen, Ram Kumar combined a desire for global success with a strong need to belong to his homeland. His landscapes are devoid of the usual constituents of reality. The land, trees, sky and water are not portrayed in their natural forms but rather are strongly suggestive of abstract landscapes.

The artist passed away in April 2018.

1946 M. A. in Economics from the St. Stephens College, Delhi University, New Delhi

2013 'Ram Kumar and the Bombay Progressives: The Form and the Figure Part I', Aicon Gallery, New York

2013 'Nothing is Absolute: A Journey through Abstraction', The Jehangir Nicholson Gallery at Chhatrapati Shivaji Maharaj Vastu Sangrahalaya (CSMVS), Mumbai

1997 ‘Image-Beyond Image’, a Traveling Exhibition of Works from the Glenbarra Art Museum, Japan, at New Delhi, Kolkata, Bangalore and Mumbai

2012 'Eternal Landscapes', with Paresh Maity presented by ICIA at The Arts Trust, Mumbai

2010 'Art Celebrates 2010: Sports and the City', represented by Vadehra Art Gallery at Lalit Kala Akademi, New Delhi to coincide with the hosting of the Commonwealth Games

1982 The Gesture and Motif, Festival of India in U. K., Royal Academy of Arts, London

1973 Contemporary Indian Art, a traveling exhibition U. S. A.

2010 Padma Bhushan from Government of India

Back to Artists View Artworks of Ram Kumar 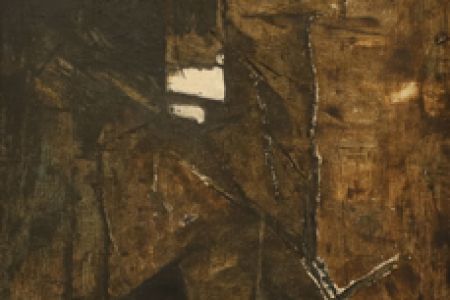